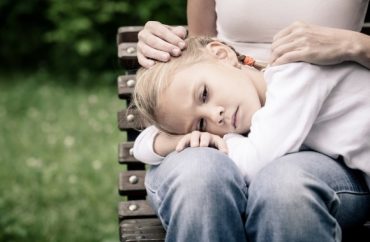 “There are no losers.”

As my 8-year-old daughter recently said those words to me, certainty and defiance shone behind her hazel eyes. I just knew it was something she had been taught at school, probably by well-meaning teachers, and she believed it.

At that point I had a choice to make as a parent. Do I go along with this notion, and wait until she’s older to explain the harsh realities of life, or do I break it to her, right then and there?

“No there’s not,” she replied.

But my words had sunk in. She looked confused, even a little hurt.

It was tough to continue, not to tell her the lie that life is perfect and everyone wins. I wanted to. My heart yearned to take her in my arms and hug her and let her know nothing would ever disappoint her, she will never stumble.

But I knew that would not be the best thing to do as a parent who cares about their child. I don’t want my daughter not to understand or be able to process the inevitable struggles — and defeats — that come with life.

We stared at each other for a moment.

“When many people apply for a job, only one person gets it, the rest don’t,” I said. “When teams play against each other, one team wins and the other loses. When two people run for president, one person wins, and the other person loses.”

As she considered that, I continued.

“Now this does not mean it’s OK to call people losers,” I said. “That’s not what I am talking about. What I am saying is, that in life, there are winners and losers when it comes to certain things, like applying for a job, or in competition. It’s important to understand that.”

I think she did, but she was concerned about all the other job applicants — what about them.

“Well, they can try to find another job,” I said.

“Can they re-apply to the job they wanted,” she asked, hope and desperation in her voice. “Can they try again?”

“Maybe later, after some time has passed,” I said.

As the conversation ended, my daughter walked away a little wiser.

As a mother, I have never shied away from telling my children that “life’s not fair,” my favorite retort to any “but that’s not fair!” complaint they lob my way.

I encourage them to strive for greatness — but prepare them to face challenges. I tell them the hurdles we overcome make us stronger, build character and perseverance. It’s a lesson all of us come to truly understand as we get older, but I do not want my kids blindsided.

They will not grow up to be precious snowflakes.