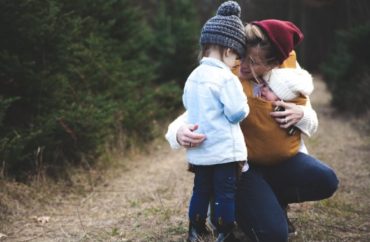 New research conducted by a Florida Gulf Coast University professor and a team from the pro-life Charlotte Lozier Institute takes aim at a a pro-abortion talking point.

Planned Parenthood pushes the idea that women are choosing abortions but later want to have kids or may already have kids and want to limit the size of their family. This assertion is questionable when viewed against the results of a recently released study.

“Abortion among low-income women with children is exceedingly uncommon, if not rare,” the study from Professor Maka Tsulukidze and the Lozier Institute said.

“Women with both births and abortions represent 5.7% of the study population and have 7.2% of total births,” the research team found, after compiling data on 8 million pregnancies.

The Lozier Institute, the research arm of Susan B. Anthony List, explained further the importance of its findings.

“The abortion industry wants America to believe that abortion is a normal experience for mothers,” Chuck Donovan, president of the Lozier Institute said. “They want to make it acceptable to target vulnerable women and children by citing estimates and surveys conducted at abortion centers to support the narrative that ‘everybody is doing it.’”

“The researchers also found that women in the study population almost never used abortion as a tool to space their children, proving another abortion industry myth is also false.” See CLI’s new research featured in @Faithwire and @CBNNews.https://t.co/RctZ9nmoyL

The paper’s authors argue that their research helps “provide the data to estimate certain fertility or abortion intentionality behaviors.” This differs from “surveys [that] attempt to represent motivation or intention to behave in a certain way.” The polling does not “provide any actual data on the number and type of pregnancy outcomes actually experienced by women.”

The team reviewed 15 years of data from women on Medicaid from 17 states.

“Frequent abortion to achieve some family planning objective is largely unsupported by empirical evidence,” the paper concluded. “Abortion is not a pregnancy outcome that typifies motherhood.”