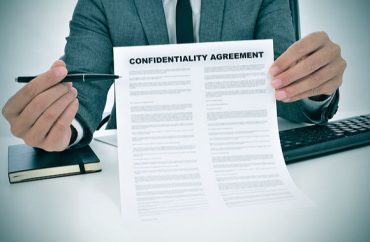 Is this the new normal for academics whose research makes them a target of the social justice mob?

Scholars of imperialism and colonialism, including Bruce Gilley of Portland State University, held a conference “in utmost secrecy” at Oxford University’s Christ Church to avoid … well, exactly what happened to Gilley when he had the temerity to publish an article saying that some good things came out of colonialism.

One of the attendees, University of Nottingham doctoral researcher Sumantra Maitra, writes in The Federalist that the lack of any advertisement for the conference meant that it “went smoothly, without any protests or de-platforming”:

It was a fairly standard roundtable, with three separate panels to discuss the recent controversy over research on colonialism, as well as academic pushback and postmodernist and post-colonial assault on academia. The first was particularly policy relevant, as a sort of comparative history between British counterinsurgency and American experiences in Iraq and Afghanistan. …

The topic of discussion, which is beyond the scope of this article, and can be read in the listed articles above, is of course debatable. No rational individual would claim that colonialism and imperialism was purely good OR evil. In truth, it was neither.

Of course, saying this out loud is practically begging for students and faculty who oppose free thought to get it censored, by yelping for university investigations or threatening to blacklist journals that publish it.

Gilley is America’s example of a researcher who was nearly bullied into giving up much of his research, and in Britain it’s Christ Church’s own theologian Nigel Biggar:

Biggar’s project on the ethics of colonialism, in which he investigates the rights and wrongs during that phase of European domination of the globe, came under fire from fellow post-modernist and Marxist academics, before it was even launched. The fact that there could be a fresh intellectual inquiry about a topic that is dogmatically considered evil was a shock to an entire section of academia.

In both the cases, the charges against academic freedom were led by fellow academics from disciplines which are less academic and more ideological and activist. As I have written before, contrary to popular wisdom, what is happening across Western campuses is essentially an inter-academic war, where students are pawns in a bigger battle of ideological domination by one group of academics over all other disciplines.

It shows why “the key takeaway from the colloquium” was the secrecy, “and perhaps a sign of things to come in Western academy,” says Maitra, whose research is in foreign policy and military strategy:

The Brits lack the enforceable legal right to free speech Americans enjoy. But as Joy Pullmann pointed out, this decolonize madness has now spread to Yale and Stanford, after Cambridge. Statues will be toppled and disciplines ruined, because of historical revisionism, and the whims of a certain section of scholars and academics who choose to act like Soviet commissars.