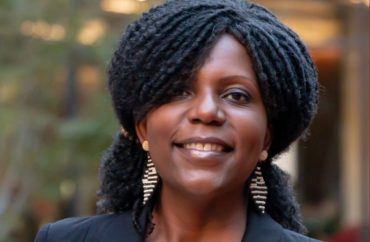 “Academic diversity officers,” new administrative positions recently established by universities across the country, aim to further advance the goals of diversity, equity and inclusion in particular colleges and academic disciplines.

One nursing professor and diversity officer referred to these positions as the “boots on the ground” within the schools.

A chief diversity officer is a university-wide position while “an academic diversity officer only focuses on their college (college of education, college of engineering, college of business, etc),” Toby Jenkins, interim associate dean for diversity, equity, and inclusion at The Graduate School of the University of South Carolina, told The College Fix via email.

Professors act as diversity administrators at the University of South Carolina, the campus spokesman told The Fix.

“This is primarily because they are working on academic/faculty related issues so it helps to have the background,” Jenkins (pictured) stated.

Tasks of these diversity officers may include responding to campus incidents, education in diversity, equity and inclusion ideology, event planning, and curricular change, according to a University of Michigan report.

“The faculty ADOs were all working on issues of representation (faculty/student recruitment and retention) and inclusive pedagogical training,” according to the report.

“It is common for professors to take on part-time administrative roles…the professor would split their time/effort between administrative and leadership work for their school/college and their own personal teaching and research,” Tabbye Chavous, director of the National Center for Institutional Diversity and a co-author of the University of Michigan report, told The Fix in an email.

These new administrators have expertise in a relevant academic discipline and work on a smaller scale within the university, according to a report published by Insight Into Diversity, a higher education magazine dedicated to promoting DEI.

“You need a chief diversity officer, but you also need boots on the ground in all units, because those are the people who should be the eyes and ears of all constituents — the faculty, staff, and students,” Coretta Jenerette, a professor and academic diversity officer at University of South Carolina’s College of Nursing, told Insight Into Diversity.

“It’s like a government model where you have people out in the communities who can then bring in information, and it can go to the top where a lot of the decisions are made,” she said.

Chavous told The Fix via email that “ADOs work within a school/college unit to positively impact diversity, equity, and inclusion in ways that make sense for the different disciplines and professional fields within that unit.”

Jenkins and Chavous both clarified that academic diversity officers do not work in individual departments. “An ADO would need to be familiar with the different academic/disciplinary departments in their school/college in order to be effective in the role,” Chavous told The Fix.

“The ADO role can often be an exciting opportunity for professors to positively impact their school/college’s research and teaching mission at a larger level, while also maintaining their own work,” she stated.