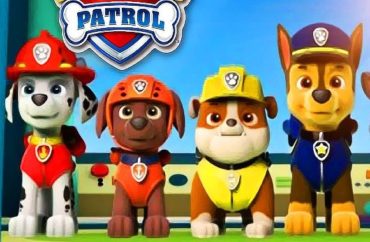 Young children are being brainwashed to embrace misogynistic, racist, pro-police and anti-immigrant sentiments, according to a new academic paper.

It’s not happening in Myanmar, Brazil or any other foreign country whose government is accused of ginning up the population to persecute minorities.

The King’s University College professor maintains that the show “echoes core tenets of neoliberalism and encourages complicity in a global capitalist system that (re)produces inequalities and causes environmental harms,” according to the article abstract.

“‘Whenever there’s trouble, just yelp for help’: Crime, Conservation, and Corporatization in PAW Patrol” has drawn amused reactions online since the CBC interviewed Kennedy about his paper last week.

Fast Company pointed to jokes by parents about how their children want to “bring back the 16 hour work day” and form “a Republican super PAC” because of the cartoon, while noting PAW Patrol is also incredibly lucrative as a “merchandising juggernaut” with a touring live show.

Kennedy, a criminologist whose specialties are the sociology of punishment, media representations of crime and “critical sports,” did not respond to email and Twitter queries from The College Fix.

Excited to have this out in @CultureCrime! I argue #PAWPatrol reproduces problematic narratives about crime and punishment as well as upholds major tenets of neoliberalism, including faith in private enterprise, distrust in government, and responsibilization. pic.twitter.com/IsJXBtYPBe

Capitalist propaganda aside, PAW Patrol centers around a boy named Ryder who leads a private crew of crime-solving canines on missions to protect his hometown, Adventure Bay.

According to the Canadian show’s website, each dog possesses a unique skill set “inspired by a real-world job like fire fighter, police officer, and construction worker.” The canine heroes work in tandem to save the day, “whether it’s a cat in a tree or a train off the tracks.”

Kennedy’s work focuses on the social inequalities in the criminal justice system. His faculty webpage describes his objectives in research as documenting “the ways we think, talk about, and practice crime, deviance, and punishment create anxiety, responsibilize individuals, and exclude large portions of the social body.”

Yet his analysis is not the first among left-wing viewers to see dark themes in the children’s show. Two years ago, CNN Health said PAW Patrol was a “regular source of complaint among parents” for its happy portrayal of “gender and social inequality” and beloved by children for its “primary-colored authoritarianism.”

The Canadian professor went further, however, by watching a sample of 44 episodes out of 130 from the five seasons available on a “popular streaming service” last summer.

Kennedy came to the realization that crime is “committed predominantly by outsiders” in PAW Patrol, specifically “migrants and individuals visiting from neighboring communities.” The criminals are then punished by “social exclusion or hard labor.”

The show is indoctrinating its young audience to believe that “we can and should rely on private enterprise to combat crime and conserve,” the paper continues. Kennedy told the CBC the message was “we can’t depend on the state to provide these services.”

When your kid wants Paw Patrol valentines but you can’t countenance children putting fascist temporary body art on themselves. pic.twitter.com/4aN2AVg0Pw

The criminologist started with “six episodes at random to watch” to develop some sort of familiarity with the themes and principles of the show. Those informed “the sample selection process and altered the lens” through which his analysis occurred, adding environmental issues.

He concludes that PAW Patrol “reinforces stereotypical (and false) ideas linking immigration and crime” by portraying migrants as bringing “crime and disorder” to Adventure Bay. Its narratives legitimize “xenophobia and might help mobilize support for a variety of supposedly protective measures including physical barriers at borders and travel restrictions.”

The primary antagonist, “Mayor Humdinger,” leads a neighboring town and plays a leading role in “numerous property crimes and social disorder.” While he is a “bumbling but relatively harmless foe,” Humdinger is driven by “greed and self-interest,” according to Kennedy.

In later episodes he is forced to engage in physical labor “that is either literally or symbolically related to his offending, illustrating the belief that labor can be redemptive.”

Humdinger’s Adventure Bay counterpart, Mayor Goodway, is a brown-skinned woman who is “easily flustered” and “incapable of problem solving,” leading her to rely on a private corporation, the PAW Patrol, for everything. This promotes misogyny and negative stereotypes against people of color, Kennedy said.

The show subliminally reinforces messages to children that “governments, and individuals who lead them, are corrupt.”

The children’s program “(re)produces common problematic narratives about crime and punishment as well as upholds major tenets of neoliberalism, primarily a faith in private enterprise, distrust in government, and emphasis on individual responsibility,” Kennedy argues.

Its themes are “worrisome in the wake of the recent push for stricter immigration controls, border enforcement, and the warehousing of migrants in the United States and elsewhere.”

The show also “normalizes surveillance and conceals this state violence by excluding the voices of those individuals whose lives and subjectivities are shaped by an omnipresent drone threat.”

As he summed up to the CBC, “I just think that as time goes on, children [who watch the show] might be less likely to critique the capitalist system that causes environmental harm in the first place and reproduces inequality.”

Woah, this is a terrible take. 🤦‍♂️

Paw Patrol teaches kids they can't depend on state services, just as much as Batman teaches them billionaires are the best solution to crime. 🙄

There's only one issue with Paw Patrol, and it's Ryder is a douche. 🤷‍♂️https://t.co/bDrYFsXu4q

Kennedy’s argument was met with skepticism by Canadian right-leaning news website The Post Millennial, which explained that his unfamiliarity with “early childhood education” led him to rely on his “Marxist goggles” to analyze the show.

“[H]e can be forgiven for not realizing that learning about the self is a primary developmental stage for very young children,” authors Libby Emmons and Barrett Wilson write.

“They have to identify their own bodies and place in their family before they can organize their thoughts to encompass the broader electoral system and its responsibilities,” the article continues:

At its heart, Paw Patrol is about community, forging friendships and bonds that bring you together to tackle tough situations. … For kids, the lessons learned would be more about being able to velcro their own shoes, or pop the straw through their own juice box, than creating an independent fire brigade because they can’t rely on government help.

The problems explored in the show are too small to be remedied by the state, and are better left to individuals who “work together to sort out their troubles,” they write. “This leftist penchant for relying on the state for solutions … belies the very notion of community.”

Kennedy’s article, based on a professor watching hours of “pre-school television,” shows more than anything that “academia is dead,” Emmons and Wilson write. At worst, it shows “the authoritarian impulse behind” progressive ideas for society.

“We’re sure that Kennedy will have a long and fruitful career explaining to students and colleagues that Blue’s Clues is heterosexist metanarrative about the patriarchy and how Lunar Jim is thinly veiled advocacy for anthropocentric space colonialism,” they conclude.

The lunatic ramblings of a university professor: This is the state of Canadian academia.

Parents spend tens of thousands of dollars so their kids can be taught by morons.

And taxpayers give @CBC over a billion dollars a year to produce shit like this. https://t.co/VmgNIR1mhg

MORE: ‘White neoliberals cloak themselves in a fantasy’