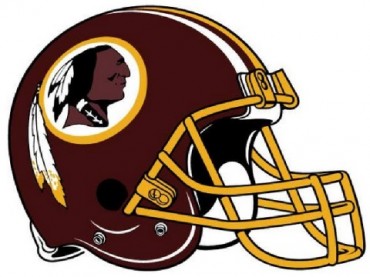 An activist law professor has formally requested that the Federal Communications Commission deny the renewal of a Washington Redskins-owned radio station license, alleging the repeated use of the word “Redskins” amounts to obscenity akin to “profanity” and a “hate crime.”

John Banzhaf, a professor of public interest law at The George Washington University who has successfully lobbied the FCC in the past to force diversity regulations upon broadcasters, writes in his petition that those who repeatedly broadcast the team name are exacerbating “physical harm, bullying, and other adverse effects.”

“The agency would never countenance stations broadcasting words like ‘N*gga,’ ‘Sp*cks,’ ‘W*tB*cks,’ ‘F*gs,’ … even as the name of a team or a musical group,” the petition states. “If the N-word (like all the others) is impermissible because it offends many blacks, the repeated and unnecessary use of the R-word should also be because it similarly offends many Indians.” But the fate of the petition remains in limbo. Although former FCC leaders said they believe the term could be officially dubbed “obscenity,” the current FCC chairman said it’s up to team owner Dan Synder to make that call.

“I think it would be great if the Washington football team would recognize those kinds of changes itself,” Federal Communications Commission Chairman Tom Wheeler said. “I hope that this is something that if enough people express themselves, Dan Snyder can see which way things are going.”

But Banzhaf, in his petition that he provided to The College Fix, also accuses Snyder of “actively” encouraging and forcing WWXX-FM’s broadcasters to use “a derogatory racial and ethnic slur contrary to the public interest,” and said Snyder “uses this station to broadcast ‘an ethnic slur.’”

He charges that the FCC should deny the renewal of WWXX-FM’s radio license because the station is “deliberately, repeatedly, and unnecessarily” broadcasting “R*dskins.”

“Most people I think would agree that a station that repeatedly used the n-word on the air would have their license taken away,” Banzhaf told The GW Hatchet student newspaper.

However, not everyone agrees with Banzhaf – including a peer at his own university.

Noted law Professor Jonathan Turley, Banzhaf’s colleague at the GWU Law School, disagrees with Banzhaf, writing that “the role of agencies as arbiter of such disputes as opposed to leaving the question for the fans and society (and the market) to decide” is faulty.

“While the support for the name has fallen, it is still remarkably high with both the public and fans and even many Native Americans,” Turley continues. “The question is who should decide such questions and whether an insulated government board or office should effectively determine the issue. I certainly understand and respect the arguments of those challenging the name and my primary interest is not the merits of the dispute but the means by which it is decided.”

But according to The GW Hatchet, Banzhaf has been successful in the past in his requests to the FCC, including an effort to increase diversity at a D.C. television station, which caused the network to immediately hire an African-American reporter in order to avoid losing its broadcasting license.

In his Twitter bio, he describes himself as “known for his victories regarding smoking, obesity, discrimination, safety, environmental protection, etc.”

This past summer, the U.S. Patent and Trademark Office announced it was revoking the team’s trademark. More recently, The Washington Post and the New York Daily News announced they would cease the use of the team’s name in its editorials.

In addition, a firestorm of controversy has swept the University of Minnesota, which is set to host an NFL game in November between the Minnesota Vikings and the Washington Redskins. The university has publicly asked the team to not display its logo or to sell any of its merchandise when they visit the campus stadium.