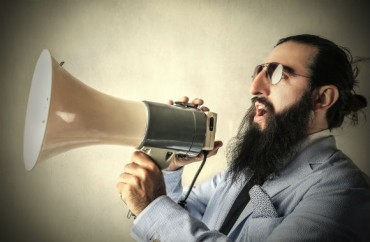 The University of Toledo has adopted a strong new free-expression policy with the help of the Foundation for Individual Rights in Education and American-Arab Anti-Discrimination Committee, FIRE said in a post.

Nearly a year ago former George W. Bush political strategist Karl Rove spoke on campus. Protesters – both students and “community members” – tried to distribute literature to the audience and show their posters against Rove for his participation in Bush’s foreign policy, but video captured campus police not letting them come in with their posters.

Another video implies that police would arrest the protesters if they tried to come in.

The new policy makes clear that anyone, not just university members, have the right to “free speech, assembly, and other expressive activities on publicly accessible outdoor areas” without regard to their content, though “subject to reasonable regulation with regard to the time, place and manner of the activities”:

Any person or group may use, without prior notification, any publicly accessible outdoor area of any university campus except parking lots, garages and driveways. Federal, state and local laws will be enforced as applicable. The use of walkways or other common areas may not block the free passage of others nor impede the regular operation of the university.

Use of the general access areas may include speaking, non-verbal expression, distributing literature, displaying signage and circulating petitions. There is no limit to the number of times a month a person or group may access these areas.

FIRE isn’t done with the University of Toledo, however. Individual Rights Defense Program Director Peter Bonilla said the group wants to help the school “reform its remaining speech codes in the hope that unconstitutional censorship like we saw last fall becomes a thing of the past.”

The school retains a red-light rating from FIRE for its “harassment” and “tolerance” policies.