If you thought only the Second Amendment was in the crosshairs of politicians eager to take advantage of the coronavirus pandemic, make note that the amendment right above it is too.

Blasting the American government is practically a religion at US institutions of higher learning, with whole courses devoted to it. But … do not dare put a target on the government run by a(n) (American) minority group, especially in times of crisis.

As we saw recently at the University of California-Davis, the student paper featured an op-ed condemning as “racist” and “xenophobic” graffiti which stated “The Chinese Communist Party = a danger to society.”

Now, anti-Chinese government messages at the University of Wisconsin-Madison are getting similar scrutiny.

According to the Milwaukee Journal Sentinel, chalkings reading “IT’S FROM CHINA #CHINESEVIRUS” and “FUCK THE CHINESE GOVERNMENT” were discovered on a campus sidewalk Wednesday. The school’s Asian American Studies Program posted photos of the graffiti on its Facebook page. 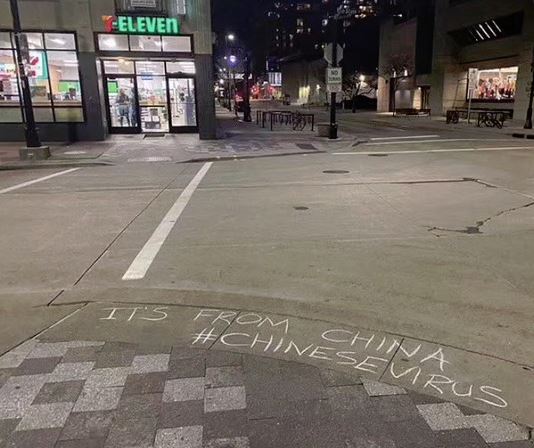 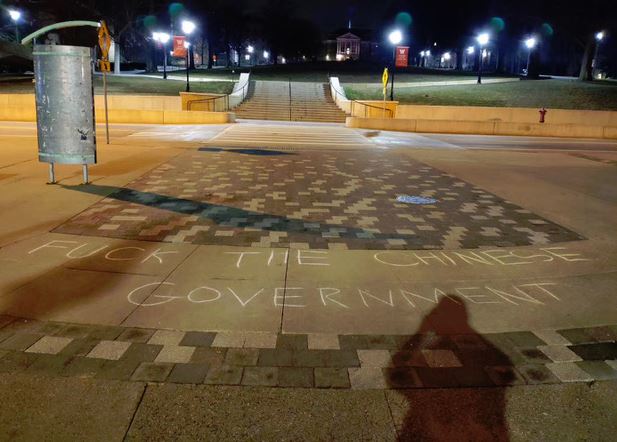 The AASP’s post says “The COVID-19 pandemic has no nationality or race. We stand with the world in compassion and kindness for those affected, as we adhere to the Safer at Home directive.”

Though it doesn’t specifically address the chalkings, a Wednesday statement issued by the university said “No one person, country, or ethnicity created this pandemic—disease does not discriminate.” The administration added it’s “aware of an increase in bias incidents on or near campus and online” targeting the university Asian community.

Statement signatory Patrick Sims, the UW deputy vice chancellor for diversity and inclusion, “doubled down” on his Twitter account, urging students who “experience incidents of harassment or discrimination” to promptly file a bias incident report.

In the AASP post’s comments, folks pointed out that President Trump has used the same language as the chalkings. But despite his language being tailor-made for self-righteous indignation by the mainstream media and academics alike, the chief exec contends there is a reason for it: The Chinese government spreading the rumor that the US military was behind the coronavirus spread in order to take heat off of its own incompetence.

And do not forget, Asians and Asian-Americans all of a sudden are considered a marginalized group … college admissions still an exception, of course.