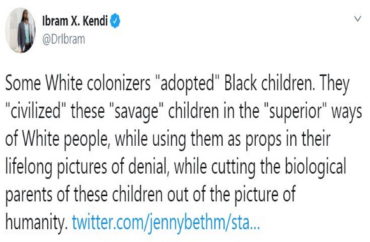 The Saturday morning tweet by the Boston University professor, which is already being widely criticized by many observers, was posted ahead of President Donald Trump’s expected announcement of his pick for a new Supreme Court justice, Judge Amy Coney Barrett.

Barrett, 48, is the mother of seven children, two of whom were adopted from Haiti.

Kendi’s tweet stated: “Some White colonizers ‘adopted’ Black children. They ‘civilized’ these ‘savage’ children in the ‘superior’ ways of White people, while using them as props in their lifelong pictures of denial, while cutting the biological parents of these children out of the picture of humanity.”

Some White colonizers "adopted" Black children. They "civilized" these "savage" children in the "superior" ways of White people, while using them as props in their lifelong pictures of denial, while cutting the biological parents of these children out of the picture of humanity. https://t.co/XBE9rRnoqq

It was in response to a another tweet highlighting Barrett’s adopted children: 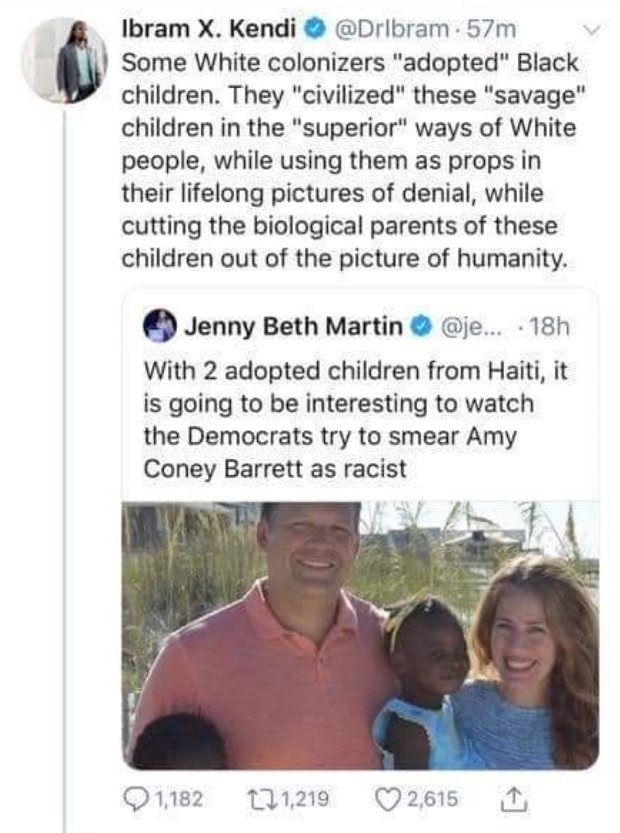 Kendi, author of the best-selling book “How To Be An Antiracist” — which is required reading at many colleges and universities nationwide — made his tweet amid emerging attacks on Barrett’s adopted children. 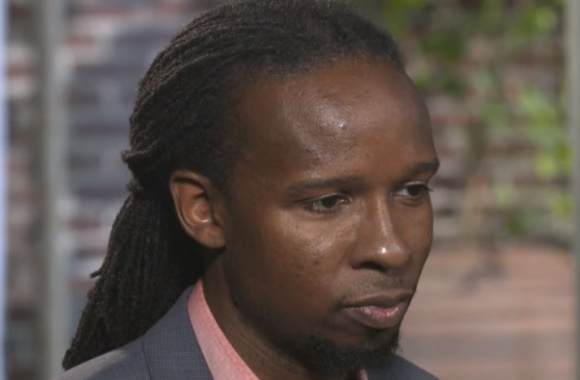 Kendi, in an addendum to his tweet, added that “whether this is Barrett or not is not the point. It is a belief too many White people have: if they have or adopt a child of color, then they can’t be racist.”

But even some of his fans criticized Kendi’s tweet, with responses such as:

First, as a public educator I respect your work and am reading Stamped with my students. However, this tweet is both harsh and unfair. Its one thing to offer a critique of her policies, it’s another to question love for her children.

I love your book/work, and doubt I’d ever support Trump’s nominee though you are making a ton of assumptions about her and her entire family situation. Maybe it’s a family helping kids? As an academician, I would expect you to avoid The Ladder of Inference.

One Twitter user asked Kendi: “Are you suggesting that any white family who adopts black children are colonizers and that interracial adoption is somehow evil? Please clarify because if this is your position, it’s an evil one.” Another asked: “Genuine question for Dr. Kendi: If you’re an adoptive parent and you don’t care whether the child is of your ‘race,’ is that ‘racism’ or ‘antiracism’?”

The professor replied: “Good question. It could be either. I’d need more information on what ‘not caring’ actually means. Is not caring being ‘colorblind’? Is not caring not devaluing darker children who are the least likely to be adopted? This is not a convo for Twitter.”

Other Twitter responders took on Kendi’s assertion head on: “Now do Angelina Jolie. And Madonna. And Charlize Theron. And Sandra Bullock. And Tom Cruise and Nicole Kidman. And Emma Thompson.”

And conservative actor Nick Searcy, who starred in “Justified,” replied with this:

Check out my prop and I at the MLK memorial, loser. I hope this hurts your fee-fees. pic.twitter.com/tpde1foiwN

Kendi recently left his position as the founding director of American University’s Antiracist Research and Policy Center to open a similar center at Boston University.

But a recent report found that while hundreds of thousands of dollars was donated over the years in grants and other sources to the AU center, it produced little in the way of academic research.

Editor’s note: This post has been updated to include a screenshot of the original tweet Kendi was responding to.