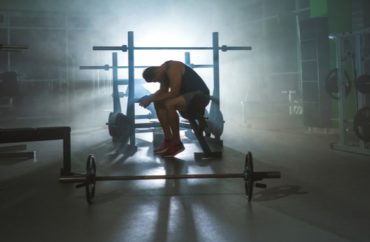 ‘The question was whether irreparable harm should be caused,’ says critical lawyer

A student athlete thought he would be reinstated to Boston College after a federal judge ruled against the private school, saying it probably deprived him a “fair process” in a Title IX investigation.

Unfortunately for “John Doe,” the 1st U.S. Circuit Court of Appeals took issue with the lower court’s application of its recent precedent on due process in college disciplinary proceedings.

It sent a message last month to U.S. District Judge Douglas Woodlock: Setting standards of fairness for private schools is a matter left to state courts, not federal ones.

The 1st Circuit reversed Woodlock’s preliminary injunction against Boston College, meaning the school is again free to punish the accused student. John sued earlier this year after the college issued him a yearlong suspension for alleged failure to get consent in a sexual encounter.

The judge had relied on another recent 1st Circuit ruling, known as Haidak, that involved the University of Massachusetts-Amherst.

He believed Haidak created a requirement for some form of real-time questioning under the “contractual obligation for basic fairness” in Massachusetts state law for all college disciplinary processes. The 1st Circuit said Woodlock “committed several errors of law” with this reasoning.

The Haidak ruling itself fell short of standards set in the 6th Circuit and the U.S. Department of Education’s proposed Title IX regulations, where accusers and accused students are allowed to cross-examine each other, directly or through a lawyer.

MORE: 1st Circuit knocks down UMass-Amherst on due process

Brooklyn College Prof. KC Johnson, who closely follows Title IX litigation, told The College Fix in an email that there were two issues raised by the 1st Circuit.

Woodlock had said during the preliminary injunction hearing, “but not in the section addressing his ruling from the bench,” that he thought the 1st Circuit “meant to apply Haidak to private as well as public universities, even though UMass is a public university [and] the case was a due process case,” Johnson said. He had been skeptical the 1st Circuit would agree.

But the appeals court also rejected a “far more plausible” reading by Woodlock, Johnson said. In summary: Haidak’s central holding that “some form of robust” cross-examination is necessary “provides a way to understand how the concept of ‘fairness’ [in state law] would be understood in the current Title IX context.”

In a blog post, criminal defense attorney Scott Greenfield criticized the ruling for focusing too heavily on Woodlock’s application of Haidak at the level of a preliminary injunction.

“The question should not have been whether the Haidak ruling applies […] or that whatever demands of constitutional due process are inherently applicable to private colleges by extrapolation,” he wrote. “The question was whether irreparable harm [suspension] should be caused Doe until the case was ultimately decided.”

The issues under consideration by the 1st Circuit were overshadowed before the hearing.

One of the appellate judges, David Barron, had barred John’s lawyer Jeannie Suk Gersen – a Harvard law professor by day – from representing him “because it would create a recusal” on the three-judge appellate panel. Following an outcry from the legal community, the 1st Circuit overruled Barron’s order.

No form of real-time evaluation is a fundamental deficiency’

The sexual incident took place on November 4, 2018. “Jane Roe” claims to have consented to every sexual interaction with John except penetration, while John claims she consented at all times.

Written summaries from the interviews were provided to both Jane and John, and both students could provide written comments before the next round of interviews.

In their 63-page “single-spaced” report, the investigators found John responsible under the preponderance-of-evidence standard.

The report believed Jane’s version of events over John’s. It claimed that John’s defensive claims, that Jane had consented, only occurred after the sexual penetration had begun. His one-year suspension was handed down June 18.

In his lawsuit, John claimed violations of Title IX and breach of a contractual obligation of basic fairness under state law. He said the investigation violated basic fairness standards by not providing any way to bring questions to his accuser.

Woodlock found John’s argument compelling, granting his motion for preliminary injunction due to the “substantial likelihood” that John would prevail on his claim that the college “deprived him of fair process” under state law.

At the preliminary injunction hearing, however, the judge said he was not requiring the kind of cross-examination “that one used to see” in criminal cases – direct questions among accuser, accused and lawyers. Rather, he upheld a system that gave parties “the opportunity to observe together and ask questions with respect to the core issues.”

The college’s failure to provide a “mechanism” with some form of real-time evaluation was a “fundamental deficiency” after the Haidak ruling, Woodlock said. For a “fully satisfactory process,” a private institution should follow a process “parallel to due process claims against public institutions.”

In situations where credibility is a “central issue in a case,” the process requires neutral factfinders to “evaluate the credibility of the respective claims” using a real-time process. Both parties have to be present, although not in the same room, to suggest questions, Woodlock said at the hearing.

Judge Sandra Lynch wrote for the three-judge panel Nov. 20, finding that Woodlock had incorrectly applied Haidak to private colleges and that it was entirely up to state courts to make this decision regarding fairness.

The ruling notes that the college’s sexual misconduct policy does not allow for “cross-examination of the parties or of other witnesses,” while Massachusetts courts have ruled that due process and cross-examination are not a requirement of mandatory “basic fairness.”

Massachusetts has two tests for breach of contract in regard to private academic institutions, according to Lynch. The first analyzes whether the “reasonable expectations” of both parties had been met.

She rejected John’s argument that he had a reasonable expectation to be given the opportunity for some form of cross-examination in real time. Lynch noted that the “contract procedures explicitly do not provide for any such opportunity.”

John also fails the “basic fairness” test used by Woodlock, Lynch claimed: Neither Haidak nor federal due process applies to a private school.

The Supreme Judicial Court of Massachusetts “has been explicit” that private universities don’t have to comply with federal due process to meet the basic fairness requirement when “disciplining students,” Lynch wrote.

She delved into several state-level rulings in favor of private institutions with systems more harsh on the accused than Boston College’s.

In the private high school case known as Driscoll, the Massachusetts Appeals Court found the school had exhibited basic fairness when it immediately expelled a male student after sexual misconduct with a younger student. This was despite not giving him an opportunity to “seek advice or counsel of any kind,” and without “giving him any access to the evidence against him.”

According to Lynch, the reasoning behind Woodlock’s injunction “did not respect the deference Massachusetts law requires as to the choices of student discipline proceedings made by private academic institutions.”

The 1st Circuit sent the case back to Woodlock, who will have the opportunity to rule on any of John’s other claims, including possibly issuing another preliminary injunction to prevent further suspension.

John’s ambitions to be a professional athlete make this punishment particularly harsh, according to the blog post by Greenfield, the criminal defense lawyer.

It appears that “the court forgot what this was all about, a life destroyed while the process goes forward,” the very essence of irreparable harm, he wrote:

[I]f the defendant is constrained to serve his sentence immediately, but the conviction is subsequently reversed, he doesn’t get that time back. Not even the god-like power of a federal court can alter time. It’s gone, lost forever, together with the consequences that follow from the punishment to family, job, life.

Greenfield called the student an “exceptional athlete” who was “bound for the pros,” and a reimposed suspension would be “the death knell of any sports career.”

John’s life “would be squandered, never to come to fruition,” Greenfield wrote. “Regardless of what became of the suit later, his window of opportunity would slam shut. He wouldn’t be drafted. He wouldn’t go pro.”