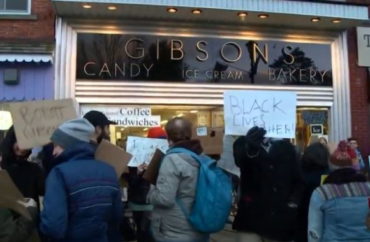 An Ohio appeals court has upheld a $25 million judgment against Oberlin College awarded to Gibson’s Bakery in 2019 after a jury found the private institution had participated in a racially motivated smear campaign against the family-owned bakery.

“As satisfying as this must be to the Gibson family, it also must be bittersweet because the two lead plaintiffs and the patriarchs of the family did not live to see the appeals court verdict,” reported Cornell law Professor William Jacobson, who has followed the case closely over the years.

As The College Fix has previously reported, the fifth-generation-owned bakery in downtown Oberlin had been the target of racism accusations and a massive onslaught of student activist outcry, protests and boycott attempts — some of which Oberlin officials and administrators joined in on — after three African-American students were arrested for stealing two bottles of wine and assaulting a store clerk.

According to the bakery, Oberlin’s then-dean of students even distributed fliers outside their store which read “Don’t Buy. This is a racist establishment with a long account of racial profiling and discrimination.”

Shortly after the college was found guilty, lawyers for Oberlin appealed the case, and arguments were heard in November 2020. Since then, the suit sat undecided before Ohio’s Ninth District Court of Appeals until Thursday’s ruling was handed down.

“Oberlin is obviously disappointed that the appeals court affirmed the judgment in its ruling earlier today. We are reviewing the Court’s opinion carefully as we evaluate our options and determine next steps,” Oberlin spokesman Scott Wargo told Legal Insurrection.

Gibson family attorney Lee Plakas told the Chronicle-Telegram that they “fought the good fight, as the family has done for over 130 years. Somewhere high above us, Grandpa and Dave Gibson are smiling to know that the truth still matters.”

The unanimous appeals court decision “shows that the judges recognized the importance of the case on both a regional and national level and methodically and insightfully dissected the evidence and the record which supported the verdict,” Plakas told the newspaper.