Lawyers for “John Doe” wanted Pomona College to pay at least $250,000 in attorney’s fees for repeatedly violating its own policies to find the accused student responsible for sexual assault.

They got about half that from Los Angeles Superior Court Judge Mary Strobel, who said Pomona’s conduct was so egregious that she couldn’t “conclude that the factual scenario was unique and unlikely to recur.” (Pomona attempted to retry Doe with the same approach Strobel struck down.)

The private college appealed. The result? More money for Doe.

A California appeals court upheld the $130,000 judgment against Pomona in a ruling Thursday and awarded Doe “his costs on appeal,” concluding “there was no abuse of discretion” by Judge Strobel.

The trial judge had found that Pomona denied Doe a “fair hearing” by refusing to let him submit followup questions for his female accuser in writing and then letting her skip the hearing so he couldn’t question her in person.

This denial of any opportunity for cross-examination was “prejudicial,” Strobel found, because the question of consent “turned chiefly on the credibility of the only two percipient witnesses to the incident,” as the appeals court summarized. (“Jane Roe” had offered “inconsistent accounts of the parties’ sexual contact.”)

Strobel justified attorney’s fees for Doe because he had enforced an “important right affecting the public interest” – the right to a fair hearing – and “conferred a significant benefit upon a large class of persons.”

Then-Dean of Students Miriam Feldblum refused to “rectify” this denial of any form of cross-examination during the administrative appeal. As a result, Strobel found that every student at Pomona was “endangered by the College’s defective implementation of” its 2016 sexual misconduct policy that was used against Doe. 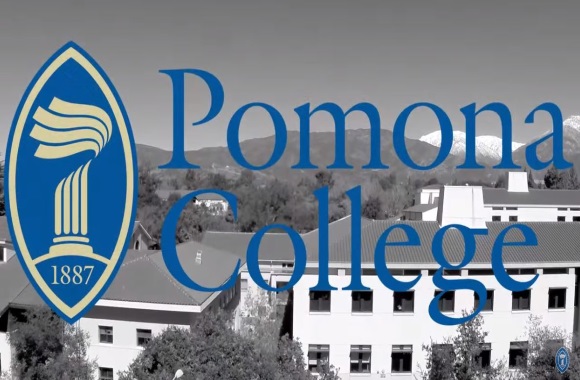 Pomona appealed, claiming that Doe didn’t establish his eligibility for an award of attorney’s fees under California civil code.

The appeals court immediately limited the basis for its review of Strobel’s decision, however, finding that the relevant issue was the “application” and not “definition” of eligibility requirements.

The only relevant questions are whether Strobel’s award had “no reasonable basis” or her factual findings were “not supported by substantial evidence.”

Doe’s victory over Pomona did not promote “trivial or peripheral public policies” but rather “important” constitutional and statutory issues, the appeals court said. Due process “is so critical that our Legislature and courts have required the administrative decisions of even private institutions to afford some modicum of due process.”

The threshold of a “significant benefit on a large class” has also been met, it found. Doe’s victory didn’t have to deliver a monetary benefit, a “tangible” asset or a “concrete gain,” but simply “the effectuation of a fundamental constitutional or statutory policy,” in the words of the California Supreme Court.

The appeals court agreed with Strobel that her ruling “effectuated the constitutionally grounded and statutorily enforced right to a fair hearing in administrative proceedings” for the “universe” of Pomona students subject to the misapplied 2016 policy.

The judges rejected Pomona’s claim that Doe didn’t allege “any intrinsic defects” in that policy and that the misapplication of the policy arose from a “unique set of circumstances” unlikely to happen again.

The college argued that the situation was essentially a mix of confusion and bad timing: Its external adjudicator didn’t know Doe was allowed under college policy to ask followup questions before the hearing, and Jane Roe didn’t specify she would skip the hearing until Doe’s deadline for submitting written questions had passed.

It’s “irrelevant” that Doe didn’t challenge the 2016 policy itself because the “implementation” of that policy was the problem, the appeals court said: “[A] lawsuit that forces an entity to follow its own rules can confer a substantial benefit.”

And Feldblum’s refusal to overturn a clear misapplication of its 2016 policy, “even when the denial was specifically called to its attention, demonstrated an insensitivity to due process concerns that was likely to recur,” the judges wrote:

The College’s further assertion that the External Adjudicator and the Dean of Students will not make the same mistakes twice ignores that the reason they will not is because of Doe’s action. [Feldblum left Pomona in 2018 to become founding executive director of the Presidents’ Alliance on Higher Education and Immigration.] 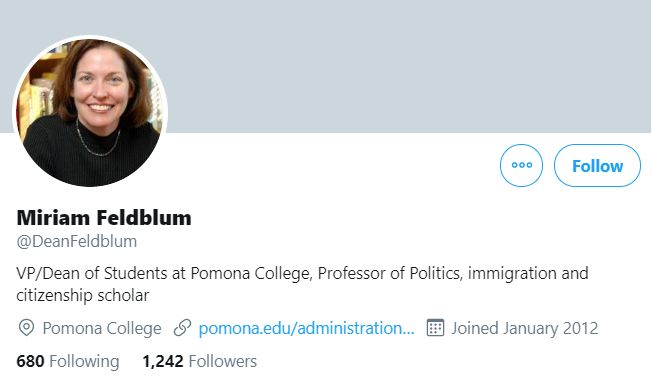 College tried to get ‘extra credit’ by not appealing initial verdict

It is not “pure speculation,” as Pomona claimed, that Doe provided no evidence that his victory helped other students, according the appeals court.

Pomona had again argued that his proceeding was a fluke, where an accuser “failed to show” up to the hearing and an inexperienced adjudicator was presiding. Doe offered “no evidence” that other students had been charged with sexual misconduct or that press coverage of his case “might affect students at other college campuses,” the college claimed.

But Pomona has forced burdens on Doe that the law doesn’t require him to carry, the judges said.

All that Doe needs to prevail is that Strobel “could reasonably conclude” that his victory was significant and would reach “a large group of people.” The appeals court further reminded Pomona that its argument rests on a premise – the proceeding was a fluke – that Strobel rejected on a “reasonable basis.”

The judges were particularly unimpressed with Pomona’s technical argument that Strobel elected not to publish her decision on due process, meaning it was not intended to be precedential.

“This argument overlooks that the reason why there was no published decision on the merits of Doe’s due process claim was because Doe won and the College elected not to appeal its loss; we decline to give the College ‘extra credit’ for its litigation strategy,” the ruling says.

Primary benefit for Doe is not ‘personal economic interest’

Pomona further argued that Doe’s victory primarily benefited himself economically, with any benefit to other students “incidental.” That would invalidate the purpose of the California civil code provision that authorizes attorney’s fees in public-interest cases.

While acknowledging California appeals courts are split on this issue, the appeals court said the split was irrelevant here because even the “less plaintiff-friendly standard” would favor Doe.

Strobel had a reasonable basis for saying the “the primary effect” of Doe’s lawsuit was not his own personal economic interest. The trial judge noted that he didn’t seek “monetary recovery” and any future economic benefits to his victory were “indirect and uncertain,” the appeals court explained.

Pomona also failed to convince the judge’s that Doe’s legal challenge to Pomona’s second attempt to try him on sexual misconduct charges rendered his lawsuit “personal.” Strobel did not award fees to Doe for these efforts, which “do not retroactively convert the indirect and uncertain monetary benefit Doe received from his initial suit into an immediate and direct one.”

The college lastly tried the legal version of throwing spaghetti against the wall to see what sticks. It argued that “the absence of any” factor that was relevant to other attorney’s fee awards would render Doe’s claim invalid.

Pomona is confusing “relevant” and “dispositive” considerations, the appeals court responded: “[D]oing so is inimical to the discretion conferred to the courts” by the Legislature under the attorney’s fee provision of the code.

The cases cited by Pomona “are all distinguishable” from Doe’s case, in that they all “primarily” conferred monetary benefits on the plaintiff, the judges wrote. The core holding from those cases was that sending a “cautionary message” to the losing party does not “substantially benefit” the public.

“We are very pleased the Court of Appeal affirmed the order for Pomona College to pay $130,000 of attorney fees incurred in overturning the college’s bad Title IX decision,” Doe’s lawyer Mark Hathaway told The College Fix in an email. “The student has graduated but Pomona College withheld his degree for a year and the student is still fighting to clear his record.”

Pomona media relations did not respond to a query from The Fix Thursday.

Cal. appeals court: @pomonacollege "refusal to rectify that denial [of a fair hearing] through its internal appeals process, even when the denial was specifically called to its attention, demonstrated an insensitivity to due process concerns that *was* likely to recur." pic.twitter.com/8SwWpsCUoD