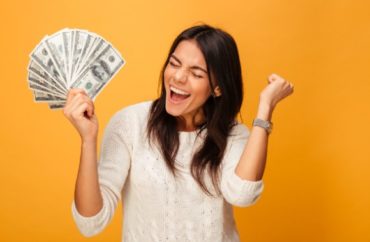 Heather Long, who has no education background and is not affiliated with anything education related, writes that other contributing factors to the teacher shortage include burnout from COVID-induced virtual instruction and the “constant scrutiny over any conversations involving history, racism and sexuality.”

The closest she comes to mentioning another key-but-often-omitted-for-narratives’-sake reason is towards the end of her piece: “There is no shortage of people who want to work in education, the report concludes, but there’s a scarcity of qualified teachers who are ‘willing to work at current wages and under current working conditions‘” (emphasis added).

Those “working conditions” would mean student discipline (yep, again). But even the lengthy report in Long’s quote, from the progressive Economic Policy Institute, mentions “discipline” not even once.

An article in Chalkboard Review from last summer confirms what I personally have seen and heard from former colleagues and other educators more and more as the years go on.

Tony Kinnett, the founder of Chalkboard Review who was canned from his position as a science coordinator for the Indianapolis Public Schools for exposing how critical race theory was being used in the district, did his own study on why teachers were skedaddling from the profession.

With “salary” being one of the choices, here’s what he found from among 615 respondents in midwestern schools: Not only did student (mis)behavior top the list by a wide margin (319 respondents), “progressive politics” also beat out salary concerns (138 vs. 134 respondents).

MORE: Like much of the Left’s vision, ‘restorative discipline’ ignores the real world

“Given this,” Kinnett writes, “it’s beyond incredible that Randi Weingarten of the American Federation of Teachers and Becky Pringle of the National Education Association [not to mention the WaPo’s Long among others] would cite Republicans’ and parents’ ‘politicization’ of the classroom as the reason for the teacher shortage. It’s not even a secondary or tertiary issue—it’s forty-nine times less important to teachers than the behavioral crisis” (emphasis added).

Indeed, a mid-2022 AFT survey found that 88 percent of its members said “poor student discipline and a lack of support for dealing with disruptive students” is a “very serious” or “fairly serious” problem.

Daniel Buck, a teacher and author of “What Is Wrong with Our Schools?” recently elaborated on the current school discipline problem in National Affairs. Like Kinnett, Buck offers an authentic glimpse of what’s happening in public schools right now. At the middle schools he’s taught at, he personally dealt with a bullies assaulting other students and “weekly fights” — one of which had “spilled into his classroom.”

In the second incident, a student told Buck “he was embarrassed” there were so many scuffles at his school.

In my over-quarter-century of teaching I dealt with many similar incidents. Here’s a “favorite” with which I and my former colleagues had to deal: Imagine a class of thirty 13-year-olds, some who constantly misbehave. Your tolerance limit is finally reached, so you send one of them out. Five-to-ten minutes later the kid is back — complete with a small bag of chips and a note from the assistant principal explaining that he spoke to the kid … who “promised to behave better.”

Now, imagine this or something similar happening on an almost-daily basis. How would you feel? What message does this send to the students? Would you remain in such a situation … even for better pay?

Of course, as Buck touches on, the racial aspect of this topic makes it more difficult to remedy the situation. As long as school and district administrators remain deeply inculcated with radical “equity” and “critical race” philosophies there’s little hope of moving beyond the same beliefs which have turned the nation’s major metropolises into free-for-all zones. To quote Dalton, “It’ll get worse before it gets better.”

Here’s a few recommendations to begin the betterment process:

1. Don’t make out-of-school suspensions a bad thing. Other approaches like so-called “restorative justice” are fine as long as they’re not the only methods used, and are used for minor infractions. If you physically attack another student — or a teacher — you should be booted from school for at least five days. Period. And parents: If you see that a school has a high suspension rate, note this is not necessarily a bad thing!

2. Require school administrators to have a minimum of ten years classroom experience. If there’s one thing that cheeses teachers more than anything, it’s an administrator who couldn’t care less about what teachers deal with in class everyday. These are admins who have had only a few years classroom experience … or worse, none at all. This means they have little or no clue about what it’s like handling 20-30 disparate personalities for at least 45 minutes, five days a week.

3. If a teacher sends a student out of class for misbehavior, never, ever send that kid back before class ends. I don’t care if you, the asst. principal, gave the kid a stern talking to. I don’t care if the kid promised “to do better.” The message sent by the kid’s return to class in only a matter of minutes is incredibly damaging to the teacher’s standing with his/her students.

4. Don’t be shy about challenging “equity” and “critical race”-minded administrators. No matter what far-left educators may believe, public schools aren’t supposed to be hive-minded monoliths. So, if one points out racial “disparities” in classroom discipline, ask how keeping poorly behaved students in class is fair to minority students who behave and work hard in class. (A black male science-teaching colleague of mine did just that at a faculty meeting many years ago; the look on the (black female) administrator’s face at the question was beyond priceless … and she did not answer.)