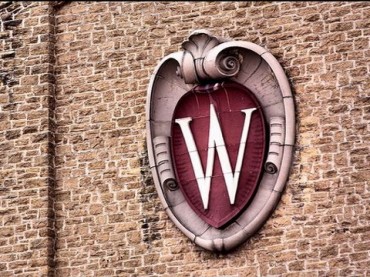 ANALYSIS: Jason Morgan, a PhD candidate in the History Department at the University of Wisconsin and a Fulbright Fellow at Waseda University in Tokyo, explains why his superiors do not have the high ground in the budget battle between Gov. Scott Walker and Madison scholars.

Wisconsin Gov. Scott Walker recently announced his 2015-2017 budget proposal, which included approximately $300 million in budget cuts for the University of Wisconsin system over the next two years. These cuts were part of a package that included greatly increased autonomy for the system, allowing it more flexibility in setting tuition rates and conducting its internal affairs without oversight from the state.

The reaction to the budget news was heralded by fiscal conservatives as an innovative approach to shared governance, eliminating bureaucratic red tape and providing a public institution with the ability to shape its own destiny apart from the annual rounds of legislative politics.

In Madison, though, the budget proposal was greeted with the same hostility that the University of Wisconsin has maintained toward Gov. Walker since the 2011 passage of Act 10, which similarly freed teachers and school districts to make their own decisions without the added pressure of bargaining with corrupt and politically connected unions. Act 10 has largely been hailed as a success, saving money while increasing the quality of education. But in Madison, the opposition is based not on reality, but on ideology. And there is every indication that, instead of responding to Gov. Walker’s most recent proposal proactively, the leftists that run the university are digging in.

Nearly everywhere one turns, the divorce of university politics from surrounding reality is on full display.

For example, among the first and most vocal critics of Gov. Walker’s budget proposal has been UW Chancellor Rebecca Blank. In a campus-wide e-mail sent Jan. 28, Chancellor Blank expressed her concern with the budget: “The $300 million cut is believed to be the largest in the history of the university. … This proposed cut, on top of the reduction in the last state budget, would result in a more than 15 percent decrease in state funds to the university over a four-year period. Fully absorbing these cuts would harm our students and their educational experience.”

What Chancellor Blank failed to mention, though, is that her own yearly salary is $495,000. Of this, approximately one-fifth is provided by a private funding source, which means that Chancellor Blank siphons at least $395,000 per annum directly out of Wisconsin taxpayers’ pockets and into her own bank account. This does not include the executive mansion in one of the toniest neighborhoods in suburban Madison, where Blank lives apparently for free. In 2008, this mansion, known as the Olin House, was extensively renovated at a cost of some $2.4 million dollars.

By her own calculations, the UW-Madison’s annual share of the proposed budget cuts is $86 million. In comparative terms, this means that Chancellor Blank’s full salary accounts for around 1/172 of the entire projected budget deficit for each year. In other words, one person’s paycheck consumes more than a half percent, per year, of the shortfall. This does not include Chancellor Blank’s mansion or healthcare or pension plan perquisites. Nor does it include her $95,000-per-year speechwriter, Amanda Todd. Chancellor Blank did not respond to an e-mail from The College Fix seeking comment on the appropriateness of her own compensation package in this time of fiscal panic amongst the Madison left.

In her campus-wide e-mail, Chancellor Blank also neglected to point out that she is a lifelong, career Democrat. Before coming to the University of Wisconsin, she was Secretary of the Department of Commerce in Washington, D.C., where her boss was President Barack Hussein Obama. Obama praised her fulsomely when she left Washington to take up her post in Madison. And earlier in her career, Blank was a top White House economic advisor, working for a different boss: President William Jefferson Clinton.

Since taking office it is unclear whether Democrat careerist Rebecca Blank has made any efforts whatsoever to hire or retain any staff members or fellow bureaucrats who deviate from the straight Democrat party line. And it is also unclear whether Chancellor Blank, who decried the curtailing of funds to the university, has made any efforts whatsoever to reduce her own staff, to make cuts to her own office’s budget, or to rein in her own salary in order to make UW funding more sustainable. Chancellor Blank did not respond to e-mails seeking clarification on this issue, as well.

These oversights seem doubly important given the timing of another of Chancellor Blank’s campus-wide e-mails, this one following just a couple of days on the e-mail lamenting the funding cuts to the UW. In this lengthy second e-mail, sent out Jan. 30, Chancellor Blank recaps a recent diversity workshop held on Jan. 20, presumably at public expense, in the wake of disruptive anti-Ferguson protests in downtown Madison. (Chancellor Blank, Dean of Students Lori Berquam, and Chief Diversity Officer Patrick Sims all failed to respond to e-mails from The College Fix requesting comment on how much these diversity sessions cost Wisconsin taxpayers.)

At a time when the costs of higher education nationwide are skyrocketing, due largely to administrative bloat, many have wondered whether these diversity sessions—attended by a small army of lavishly-compensated bureaucrats, including the Chancellor herself—are a wise allocation of university resources. Many have also wondered whether these workshops, which seek ways to retain students of color, don’t actually make it more difficult for students to afford college by increasing the bureaucratic load for which incoming students must pay in the form of higher tuition. Neither Chancellor Blank nor Dean Berquam nor diversity officer Sims chose to provide any comment on this question, either.

The timing of these diversity workshops seems unwise from another angle, as well, because they raise the specter of institutional bias that has long haunted the very politically active Madison campus. At a time when the UW is struggling to explain itself—and its value—to deeply skeptical taxpayers, these endless rounds of diversity re-education seem to confirm, for many, that the UW is much more interested in playing politics than in educating young people. And this politics increasingly seems to work in only one direction.

Take the case of Dean Berquam, for example. Since the outbreak of the national hysteria over the Ferguson case, Dean Berquam has been particularly maudlin, attending politically charged rallies with the Multicultural Students Association and assuring students, in emotionally-charged tones, that black lives do, in fact, matter. This writer pointed out to Dean Berquam in an e-mail, however, that far more black lives are lost at the local Planned Parenthood than anywhere else in Madison. This writer also asked Dean Berquam if she planned to attend the peaceful vigil outside of Planned Parenthood in order to affirm that black lives do, indeed, matter. As of this writing, Dean Berquam did not respond to this query. It remains unknown why, for Dean Berquam, black lives seem to matter only when she is leading diversity sessions or commiserating with the Multicultural Students Association, but not when black babies are having their craniums punctured and their cerebellums vacuumed out.

Nor did Chancellor Blank, Dean Berquam, or diversity officer Sims choose to explain to The College Fix the logic behind the vacation provision or strange language politics surrounding the university’s campus-wide budget explanation sessions. Chancellor Blank, for instance, generously offered UW employees carte blanche to miss work in order to attend the budget sessions. It is unclear who made this decision to allow state employees to miss work, or if the decision was made by the same person or persons who authorized the cancelling of classes when Chancellor Blank’s most recent boss, President Obama, came to campus for a university-sponsored campaign visit in October of 2012. Neither Chancellor Blank nor Dean Berquam nor diversity officer Sims responded to e-mailed requests for clarification on these points.

It is also unclear why the budget sessions will come complete with real-time interpretation into “Hmong, Spanish, and Tibetan.” Neither Chancellor Blank nor Dean Berquam nor diversity officer Sims responded to e-mails inquiring as to how many Tibetan-only speakers reside in Madison, or how many requests in total they had received for interpretation into Hmong. Nor did these three highly-paid UW bureaucrats care to respond to queries regarding the cost of this interpretation. The College Fix also asked about the choice of just Hmong, Spanish, and Tibetan, but not, for instance, Mandarin, spoken by a great number of UW students, or Ho-Chunk, spoken by one of the indigenous peoples native to Wisconsin.

In short, in light of the recent sobering news of the university’s signal failure to convince taxpayers that it is an institution worth funding, the response of the university as a whole seems to be a determined retrenchment. (Some departments have even taken to complaining in print about poor cell phone reception in offices on campus—part of a plot by Gov. Walker to stymie research at the University of Wisconsin?) The Chancellor appears unwilling to sacrifice her own exorbitant salary and perquisites even while lamenting the loss of state funding, the diversity activists on the public payroll show no indication of understanding the fiscal reality that the university faces, and the individual departments are doubling down on the unfettered leftism that has so alienated voters over the past decades.

But what has been the official response to any criticism of the status quo in Madison? Silence.

UPDATED: This column has been amended to reflect updated numbers provided by Chancellor Blank in a campuswide e-mail dated Thursday, Feb. 12, 2015.

In addition to The College Fix, Morgan’s writing has appeared in venues such as American Thinker, Modern Age, and the New Oxford Review.