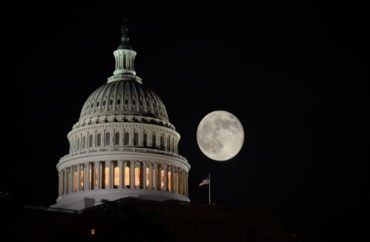 Even though some students are already back on campus, Congress remains deadlocked on the federal policies needed to ensure schools, including universities, can reopen safely in the fall without opening themselves up to costly and onerous lawsuits over the coronavirus.

The main piece of legislation addressing school safety and liability is the Safely Back to School and Back to Work Act, sponsored by Tennessee Republican Sen. Lamar Alexander. The bill is part of the GOP leadership’s broader coronavirus relief effort known as the HEALS Act.

But that legislation has not moved very far in Congress.

Sen. Alexander, who chairs the Health, Education, Labor and Pensions Committee in the U.S. Senate, only introduced his legislation on July 27 and it has not moved out of committee.

In response to an inquiry from The College Fix, Alexander’s office referred to a June 4 statement from the senator.

“I recently was on a phone call with about 90 presidents of Tennessee’s 127 institutions of higher education, and almost all of them are planning to resume in-person classes in the fall, but they want governments to create liability protection against being sued if a student becomes sick,” Alexander said, reiterating the need for liability protection.

In an earlier May statement, Alexander addressed liability concerns of higher education administrators, saying he hopes the Senate “won’t pass another COVID-19 bill unless it has some liability protection for colleges and schools as well as businesses and others who are trying to reopen and help our country get back to normal.”

Instead of waiting for Congress to finalize legislation, one education expert suggested that each college and its student use contractual agreements to create fair protections for both the college and the student.

Neal McCluskey, director of Cato Institute’s Center for Educational Freedom, told The College Fix that universities should create their own rules and regulations with students.

“A college should put in writing the various things it promises to provide and perhaps not provide – including protection from disease, or not – and when students sign paperwork to attend the school, both the student and the school are bound by that,” McCluskey told The College Fix over email.

McCluskey also stated it is up to the courts to determine any contractual breaches by the school or student.

“Congress should not get involved by carving out special provisions for colleges,” he said.

Congress and the White House have been debating the best way to convince schools to reopen since at least May, according to an article in Inside Higher Ed.

That article detailed discussions between the Trump administration and groups that represent universities and college administrators.

The prospects of anyone returning to campus have left college administrators worried they will be held liable, should anyone get sick while on campus, according to Peter McDonough, the general counsel for the American Council on Education, a college lobbying group.

“We don’t want colleges to postpone reopening because they are in fear of the unknown or inevitably costly lawsuits,” McDonough told Inside Higher Ed.

“It could send a dangerous message [to businesses] that the safety of these workers is not their responsibility,” if universities and businesses are shielded from lawsuits, Marc Perrone, president of the United Food and Commercial Workers International Union, said at a judiciary committee hearing, the education website reported.

Senator Chuck Schumer’s office did not respond to several requests from The College Fix when asked about what principles Democrats want to see in higher education coronavirus legislation.

The Associated Press reported on July 17 that Sen. Schumer accused Republicans of being too supportive of big businesses, while commenting on a draft proposal to limit corporate liability from lawsuits, which would include universities.

“I think it’s interesting that the first proposal that Republicans are offering is something that they negotiated with lobbyists that protects big corporations,” Schumer said.

“They have resisted, in the past, any strong OSHA [Occupational Safety and Health Administration] standard, and that is absolutely essential for us to have to protect our workers, at all times, but an even stronger one at the time of coronavirus,” Pelosi said, according to the Associated Press. 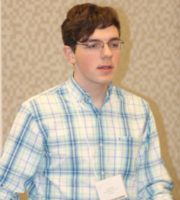 About the Author
Atilla Sulker
Atilla Sulker is a second-year electrical engineering student at Florida State University. His work has been published or cited by the Washington Examiner, the Epoch Times, Townhall.com, Lewrockwell.com, the Mises Institute, the American Enterprise Institute and the Foundation for Economic Education. In his free time, he is an entrepreneur exploring applications of augmented reality to K-5 education.