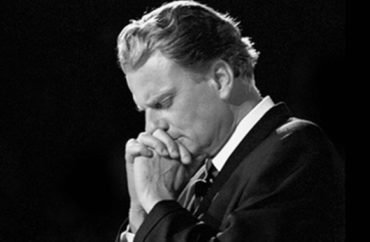 ANALYSIS: The University of Northwestern St. Paul has moved toward leftism, graduates warn

A Christian college in Minnesota has embraced liberal ideas at the same time it moves away from biblical principles, according to interviews with several alumni. Evangelist Billy Graham served as the president of what was then called Northwestern Schools from 1948 to 1952.

The College Fix attempted multiple times in the past three weeks to contact the University of Northwestern St. Paul for comment on complaints against the university. The Fix emailed Student Life but a staffer there directed the inquiries to Greg Johnson. The Fix emailed, called and left voicemails for Johnson, the school’s associate vice president of marketing and communications, but never received comments for this story.

The first red flag raised to The College Fix is how the university has allowed occult imagery to remain up throughout the residence halls.

The photos, obtained by The Fix, were taken in a residence hall at the University of Northwestern St. Paul. A theologian reviewed the images and identified several concerning ones that could be attached to the occult.

“Many [early] Protestant households would often have biblical imagery and passages inscribed in the plaster of their walls or drawn out in full-scale wall paintings,” the theologian told The Fix via email. “Christians today ought to be marked by the same confidence in God, not dabbling in the images of things which are opposed to Him.”

He specifically identified three separate examples of occult imagery after reviewing photos. A source told The College Fix that students have raised concerns to the school about the problems with the displays but their concerns have fallen on deaf ears. 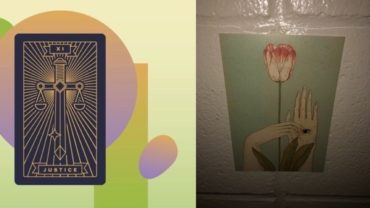 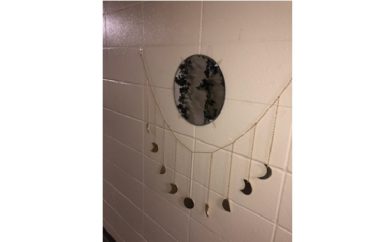 The displays are just one part of a broader problem, a local pastor and alumnus of the university told The College Fix via email.

“I’ve been greatly concerned with the direction of my alma mater for over 15 years,” Levi Secord told The College Fix. “This current administration has overseen an ongoing leftward drift that has pulled Northwestern away from its mission and stated beliefs.”

He said he first received word about the occult imagery back in August.

“Again and again, concerned students, parents, and alumni have reached out [University of Northwestern, St. Paul], only to be dismissed or inaccurately portrayed,” Secord said.

“These are NOT just Halloween decorations but have been up in the dorms since the beginning of the school year, this fight on campus has been going on that long,” Secord said. “Second, the RA who put them, it has been reported to me, knows they are cultish and says she is into those things.”

“I have met with members of the Board of Trustees, including two Board Chairs, and the President but nothing changed,” Secord said. “Instead, the administration deflects and misleads people about what is really going on. They even attack those who raise concerns.”

He urged the university to change and return to its Christian roots.

“A confession of faith in Jesus Christ is required to attend, and they have a strict statement of faith for staff and faculty,” the pastor said. “Additionally, the students agree to live according to a Christian conduct policy. I believe within the confines of the orthodox Christian faith, open debate and dialogue are to be encouraged.”

“Moreover, students should interact with and study other religions and worldviews, but they must do so distinctly from the Christian Worldview,” Secord said. ”This is what they pay for, and Northwestern should honor that.”

‘No place’ for pagan imagery

A former resident assistant for the University of Northwestern criticized the presence of the “Pagan” and “New Age” imagery.

“These are New Age/Pagan ritualistic worship images and resources that have absolutely no use with Halloween and no place on a Christian College campus as decorations for any event,” Ryan Bell told The Fix.

Bell said the institution needs to act by “identifying the students and Resident Assistants, and Resident Directors who allowed it in the first place and ask them to take them down.”

He said the university can walk a line between supporting free speech and remaining true to Christianity.

“Correction and rebuking beliefs and practices that are inherently non-Christian or anti-Christian on campus is necessary for maintaining a biblical Christian foundation for the school,” Bell said. “It’s not a secular academy, it’s a school that ought to be wholly set apart for Christ”

Criticism goes back more than a decade

Christian and Minnesota news sites have also covered brewing criticism against the school.

The Gospel Coalition in 2008 quoted a no-longer available document from Friends of Northwestern College that critiqued the university. “Pragmatism over principle. Image over substance” the group wrote.

“Little by little, these values, fueled by the encroachment of postmodernism into our ethos, will undermine the authority of the Bible, and therefore Christ, over the affairs of the college,” the document said.

Editor’s note: The article has been updated to keep the name of the theologian on background due to a change in the angle of the article after the Fix began working on it.