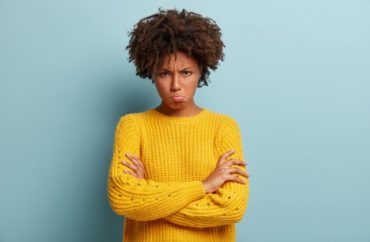 Members of an Amherst College student organization filed an “identity-based harm” complaint against two “Community Safety Assistants” after they twice showed up “unannounced” at the group’s formal celebration last month.

According to The Amherst Student, some of the all-black attendees at the Dance and Step at Amherst College (DASAC) formal testified that the appearance of the Community Safety Assistants (CSAs) was “unnecessarily prolonged” and that their “aggressive mannerisms” resulted in partygoers feeling “harassed” and in “extreme discomfort.”

Ironically, the CSA program was created in response to students “feeling overly surveilled” by the campus police, with Amherst President Biddy Martin noting the CSAs were part of “a new approach to public safety.”

Just two days ago, the college posted a CSA want ad on Linkedin which notes a CSA “works to intentionally build community within a diverse community.” Part of the CSA’s job is to maintain a “circulating presence within and across residence halls to intervene with noise complaints, social gatherings, disputes between residents.”

This appears to be just what the CSAs were doing at the DASAC event. Note that the Student reports the DASAC formal was not officially registered (allegedly due to Amherst “mismanagement”), that there were a “high number” of other formals taking place at the same time as the DASAC’s, and that the DASAC allegedly had violated campus event alcohol policy.

Regarding the last point, one student even admitted “We were more fine with [the CSA taking the alcohol] because we understood that that was a mistake on our part that we didn’t know about.”

Nevertheless, formal attendees were miffed at how the CSAs conducted themselves. As the CSAs were confiscating alcohol (some of which, according to those present, was not out in the open but hidden in students’ bags), student Bridget Carmichael asked them why they were being “snitches” and if they were “enforcing the rules for all the students or just for the Black students.”

Some reported they were “tense and uncomfortable” with the CSAs’ answers, such as the “very aggressive” reply of “Why are you questioning why I’m here? I’m doing my job.”

Carmichael accused one of the CSAs of racism and ableism: After she identified herself as a member of the Community Standards Review Board and Black Student Union (and noted that Amherst “has a history of systemic racism”), the CSA replied “So you think [that because] you are on the CSRB and you’re Black that you are above the rules?” And when the CSA told her that her dog “was out of control,” Carmichael pointed out it was a service animal who was just giving her a “medical alert” due to her “state of panic.”

The partygoers ended up filing their complaint about the CSAs with … the campus police.

Amherst students had expressed misgivings about CSAs as early as September, claiming they wouldn’t be all that different from the campus cops. One student said he was concerned about the creation of a “police state” on campus, and that CSAs would still result in “discomfort, disproportionate displacement of communities of color and poor and disparate enforcement.”