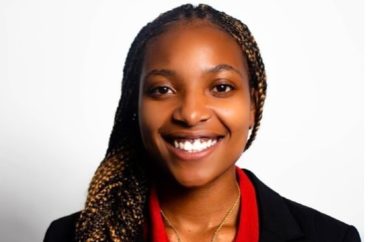 A black Christian female will now serve on the University of Houston student government’s judicial branch this year after she quoted the Bible while interviewing for a position. The student government originally voted down her application.

However, after publication of this article, the student government appointed Mya Little to its supreme court after controversy, according to The Cougar, the campus newspaper.

Little (pictured) opened a speech at an interview session over the summer with a Bible quote, according to The Cougar. Little had applied to be an associate justice on the SGA Supreme Court.

“I read that scripture months ago and it really inspired me,” Little said, although the campus newspaper did not identify what Bible verse she quoted. “It made me realize that the world to me, and in my eyes, is made out of love.”

This use of a Bible quote led to opposition to Little being allowed on the judicial branch from the student government, particularly in the context of the reversal of Roe v. Wade in June, which had occurred just days prior to the meeting.

“I personally think it’s a little bit tone deaf given the current political climate,” Senate Speaker Aryana Azizi said at the meeting, according to the Cougar. “I don’t think now is the time to be preaching about religion given the clear lack of separation of church and state in our federal government.”

Others raised concerns. “Stressing the crucial nature of bias as it applies to the Supreme Court, [Senator Marie] McGrew asked Little how she intended to account for, and contend with, her own latent biases,” the campus newspaper reported.

The Fix could not locate contact information for Little.

The College Fix emailed the SGA and asked how religious members of the SGA are allowed to express their respective faiths in their capacity as members of SGA and whether the SGA was concerned the failure to confirm Little would have a chilling effect on other people of faith applying to join. It did not respond to an email sent in the past two weeks.

A representative for the Foundation for Individual Rights and Expression, which advocates for free speech on college campuses, could not comment specifically on the situation but told The Fix student governments must also respect the First Amendment.

“I would not be able to comment about whether this situation violates the First Amendment without acquiring more information about this matter and investigating further,” Senior Program Officer Zachary Greenberg wrote in an email recently.

Editor’s note: The article has been updated to state that The Fix could not find contact information for Little and that after publication, the Student Government Association did seat Little.