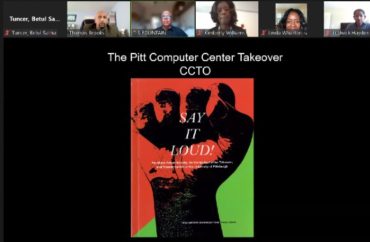 Black student activists at the University of Pittsburgh recently held a “virtual sit-in” to commemorate a 1969 “takeover” at the school.

The Black Action Society and the African American Alumni Council celebrated the “computer center takeover” that occurred 53 years ago, according to The Pitt News. The event happened on Saturday, January 15.

The real sit-in in 1969 involved demands from the Black Action Society. It ended with an agreement from the university that included the “creation of an office that would provide financial aid and scholarships to black students, a recruiting team approved by the Black Action Society that would bring more black students and faculty to Pitt and a section of Hillman Library dedicated to African American studies.”

“Excused absence from class for black students on Malcolm X’s birthday and the establishment of King’s birthday as a university holiday also were addressed in the agreement, but required approval from the Faculty Senate,” the university’s magazine said.

The BAS continues to this day to press for demands to assist minorities on campus, according to the current president, who spoke at the digital sit-in.

“While students are very much dedicated to the cause, we do have to burden the responsibilities that paid employees of the University should be doing,” Destiny Mann said. “The University has not taken the necessary steps to keep us updated about programs and initiatives that are supposed to improve our experience here. And additionally, as a result of students being less involved in the conversation, many initiatives have yet to occur or have changed significantly.”

BAS and other activists organizations were active in June 2020, asking the university to meets its demands.

The students wanted a “Black studies” class to satisfy a general education requirement, according to The Pitt News. The coalition, called Black Pitt, wanted faculty accused of racial bias to be judged by a committee of black professors.

MORE: Black students demand tenure for Nikole Hannah-Jones and no cops at move-in