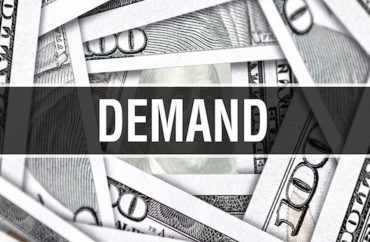 The Black Student Union at the University of California, Santa Barbara, is demanding well over one million dollars in new salaries and building costs, asking for eight new full-time positions at the university to support black students, as well as a “standalone building for Black students.”

The demands “build upon previous ones that Black Student Union…presented to the university, first in 1968 and again in 2012,” the student newspaper The Daily Nexus reports. They are meant to address “the university’s lack of effort to improve the conditions of black students on campus.”

The demands document, titled “After 50 Years, a Call for the Same Changes,”  states that, on the school’s campus, “Black students must continually fight to have their humanity recognized and appreciated, which takes time away from students’ abilities to study, learn, and become wholly involved as campus community members.”

Among the most prominent of the demands is the call for a newly created “Director of Black Student Development” position.

The students even stipulate how the position is supposed to be funded, telling the university: “We maintain that none of the funding that is necessary to address this demand comes from the Student Affairs Division and that Student Affairs rightly manage the issues with new funding from the Chancellor’s office.”

The document also demands that “a standalone building for Black students be funded and the construction for said building begin within two years of this dated agreement.” In all, the students demand eight new employee positions to serve black students, as well as a newly constructed building; given that the salary demands for the new positions amount to just over $900,000, the total costs for all these demands would very likely total well over one million dollars.