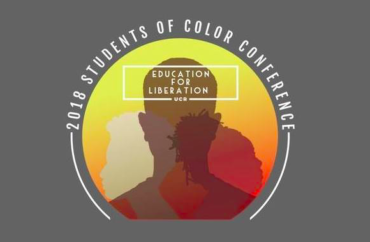 ‘Thwarted by anti-blackness and color-blind discourses’

Black University of California students recently presented the system’s student government with a list of demands, claiming that a systemwide Students of Color conference held earlier this year was indifferent and even hostile to the plight of African Americans.

For example, in a “men of color space” at the conference, black men were “silenced or ignored when discussing the complexities of racial hierarchies among our communities,” according to one complaint stemming from the conference.

This is not the first year the Students of Color conference has been accused of giving one ethnicity preference over another. In 2016, the conference unproductively devolved into something of an “oppression Olympics” between different minority groups, prompting arguments between participants and ultimately leading to some canceled sessions at the annual event.

As for the demands inspired by the latest conference, they were publicized this month by student Alexandra Gessesse in an op-ed she wrote in The Daily Nexus, a UC Santa Barbara campus newspaper. They are inspired by what Gessesse called a “culture of anti-blackness” at the conference.

According to Gessesse, the conference, held at UC Riverside on Jan. 26, was “thwarted by anti-blackness and color-blind discourses within caucus and workshop spaces,” leading black students there to “step away from the conference and organize a set of demands,” the student wrote in her op-ed.

Reached via Facebook Message, Gessesse told The College Fix the demands were “created by the Black students in attendance at the conference,” and that “if nothing is done to meet the demands, the UCSA Black Ad Hoc Committee will be taking further action on behalf of the UC campuses.”

Among the eight demands presented to the University of California Student Association are forcing certain faculty members to attend a gender, sexuality, and diversity training course, the creation of a “space in all community spaces for the centering of vulnerable people within their community,” and the creation of a university-wide “Common Book,” filled with the work of “radical Black scholars.”

Gessesse did not respond to a question about what specific action the students would take if the demands were not met.

Asked by The College Fix to provide specific examples of anti-blackness or racism at the Student of Color conference, Gessesse said the examples are “mentioned in the articles, as well as the work in resolutions and student based demands that I have passed and supported at UCSB more specifically.”

It is unclear to which articles, resolutions and demands Gessesse refers.

Her op-ed in The Nexus contains only vague references to alleged racial discrimination, including questions that “lacked an understanding or analysis of the intersection of the black woman’s positionality” as well as the assertion that, in a “men of color space” at the conference, black men were “silenced or ignored when discussing the complexities of racial hierarchies among our communities.”

In the op-ed, Gessessee also states that the University of California has “facilitated a steady stream of racism,” citing examples such as a “Kanye western party, UC San Diego Compton Cookout, Asians in the Library.”

The University of California Student Association did not respond to requests for comment from The College Fix about the allegations.