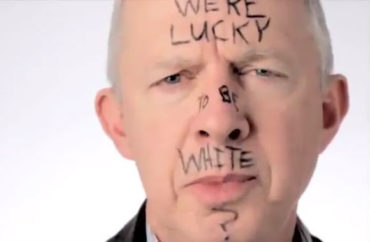 A recent panel at Boston College titled “Whiteness: A Faculty-Student Dialogue about Race” drew self flagellation from white professors on the dais, who lamented white people’s alleged power and privilege as well as the white power they say is embedded into all aspects of American life and called for white people to dismantle their advantages for the sake of solidarity and equality.

The annual undergraduate cost to attend Boston College, including tuition, fees, room and board, is nearly $70,000.

The Nov. 6 panel aimed to allow white faculty to discuss their own personal experiences with whiteness and offer advice on what to do about racism, according to an event description on the university’s website.

The Heights campus newspaper reports on some of the comments the panel elicited from white scholars who took part.

Yonder Gillihan, a professor of theology, “admitted that it took a long time for him to recognize the privileges that society granted him. He explained that it was very easy for him to forget about race because of the fact that he is white,” the Heights summarized.

“Very little in my professional and personal life reflected that very awareness about privilege status,” Gillihan reportedly said. “We white people created race. We invented the concept, and we deployed [it] against our non-white brothers and sisters. It’s our responsibility to figure out ways to dismantle it.”

Marilynn Johnson, a history professor, discussed what she dubbed her “all white world” and has come to the conclusion that segregation is institutionalized and often invisible, the Heights reports.

“Government action has shaped the development of segregation through things like mortgage lending, highway funding, school redistricting, and government subsidizing,” Johnson reportedly said, adding white people are unaware of institutionalized racism because they are not hurt by it.

“It’s white privilege to be able to think that one escapes race,” he reportedly said. “We must put our own white privilege on the line and give it up in solidarity for people who don’t have it.”

And history Professor Julian Bourg pointed out: “I cannot be pulled over for driving while black.”