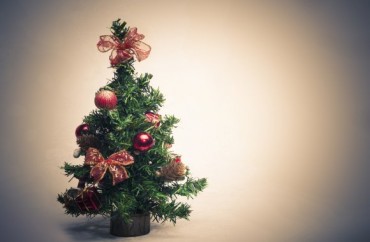 It’s that time of year, and what would we do without progressive academics being Debbie Downers during all the holiday cheer?

Take Boston University’s theater professor Kyna Hamill, who says the timeless Christmas tune “Jingle Bells” has a “problematic history” because it was “originally performed to make fun of African Americans.”

“The legacy of ‘Jingle Bells’ is one where its blackface and racist origins have been subtly and systematically removed from its history,” Hamill told Fox News.

The professor wrote a research paper titled “’The story I must tell’: ‘Jingle Bells’ in the Minstrel Repertoire” in which she says

Although ‘One Horse Open Sleigh,’ for most of its singers and listeners, may have eluded its racialized past and taken its place in the seemingly unproblematic romanticization of a normal ‘white’ Christmas, attention to the circumstances of its performance history enables reflection on its problematic role in the construction of blackness and whiteness in the United States.

Hamill notes the first documented performance of “Jingle Bells” was done “in a blackface minstrel hall in Boston in 1857, the same year it was copyrighted.”

[The song’s] origins emerged from the economic needs of a perpetually unsuccessful man, the racial politics of antebellum Boston, the city’s climate, and the intertheatrical repertoire of commercial blackface performers moving between Boston and New York,” Hamill wrote.

The traces of blackface minstrel origins can be found in the music and lyrics, as well as the “elements of ‘male display,’ boasting, and the unbridled behavior of the male body onstage,” the author wrote.

The song’s lyrics, which Hamill adds “display no real originality,” and reference things like “Miss Fanny Bright” and “dashing through the snow” connect the song to blackface dandy, according to the research paper.

“Words such as ‘thro,’ ‘tho’t,’ and ‘upsot’ suggest a racialized performance that attempted to sound ‘southern’ to a northern audience,” Hamill wrote.

The professor added that her paper has been available now for two years and “has nothing to do with Christmas.”