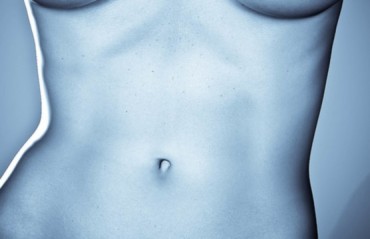 Ah, Brown University’s annual Nudity Week, which boasts naked yoga sessions, nude body painting events, and an open-mic, spoken word performance where clothing is optional. Because nothing says enlightenment like showing your privates to others.

The Ivy League university recently hosted its Nudity in the Upspace weeklong observance from Sept. 28 through Oct. 4. Its an annual occurrence “where participants can explore the intersections of identities including race, gender, sexuality, beauty, and physical and mental health. The nude body is used as a medium to begin critical discussion around these issues,” Brown students explain on the event’s website.

How is that accomplished? At Nude Arts and Crafts, “We will provide art supplies, but you provide the creativity.” For Nude Yoga, it was advised to “bring a towel.” Nude movie and game night offered a chance to “sink a battleship, and snack on some popcorn, all while naked.”

To weigh in on all this I turn to former College Fix editor Nathan Harden, who in his book “Sex and God At Yale” offered a chapter titled “Naked Parties and Elitism as Transcendence.”

“It would not be a stretch to say that public nudity amounts to a kind of existential, or even spiritual, experience for students who engage in it-giving them a feeling of distinction and meaning in the midst of lives that are often noticeably empty of spiritual purpose,” Harden writes. “In this way, naked parties … function as proxy religious rituals in an age of moral relativism. It’s transgression as transcendence.”

“Many ancient pagan religions incorporated ritualized nudity,” he continues. “Ironically, in these sophisticated, modern times, nudity has reemerged as a sacred rite at a university that has largely abandoned its religious past.”

He was talking about Yale, and its infamous “Nakes Parties,” but it could just as easily been about Brown.

“Most anybody who obtains an enviable position in life finds it difficult to keep his ego in check,” Harden writes. “The fact is, people are born with varying abilities. And that’s okay. I’m in favor of rewarding and celebrating excellence.”

“But there is a great difference between simply doing something better, on the one hand, and believing that you are better than someone else, on the other. When you start down the latter road, you soon begin to believe that you are capable of living on an entirely different plane of cultural norms than the rest of society.”

“And maybe, just maybe, you will be willing to stand around naked with a hundred friends and strangers just to prove it.”