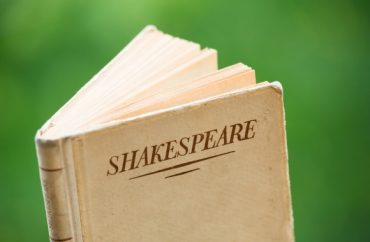 Shakespeare’s works are the most-performed plays in the entire world, and there has been no shortage of re-interpretations and re-imaginings of his stage dramas. One group of students, however, is giving one of Shakespeare’s plays a twist rarely seen on the stage, injecting “trans identity” into the play “Twelfth Night.”

At the Minnesota Fringe Festival—a nonprofit “with a mission to connect adventurous artists with adventurous audiences”—a group of students from the University of Minnesota is reinterpreting the play through the “lens” of “trans identity,” according to The Minnesota Daily.

“[The character of Viola] is very clearly trans to me,” [actor Henry Ellen] Sansone said. “I decided I wanted to explore [the play] through that lens.”

Sansone, who identifies as transgender, claims that “It’s almost always someone who’s cisgender playing that role…So it felt urgent, because that’s not a very visible lens in Shakespeare and the theater.”

Insisting that “Shakespeare’s dead, we’re not,” the students have committed to the “in no way mainstream” reading of the play. “I don’t care what Shakespeare’s original intention was,” Sansone says. “[L]et’s be real, we know 10 things about Shakespeare for certain.”

From The Minnesota Daily‘s report:

“We haven’t changed the text, we haven’t manipulated anything,” said Kiaran Hartnett, a theater and psychology double major who plays Feste and Antonio. “So it might not have been Shakespeare’s original intention, but it’s actually all there.”

Danylo Loutchko, a theater and English double major who plays Sebastian, explained it’s not about the author at all. It’s about the play.

“We’re working with the text, and not thinking of the author as an author. It’s more like Shakespeare is an artifact we’re working with. [ … ] From a theatrical perspective the text is more neutral.”

The cast’s take on “Twelfth Night” raises questions about what the literary canon even means in a world starting to recognize a multiplicity of historically disregarded voices. For Sansone, it’s not necessarily about scrapping the entire system.

“What I think we need to do is both include new people in this canon and do the work of expanding what these old stories mean,” Sansone said. “I think there’s something powerful in taking this thing, which is apparently a cultural language, and flipping it. Realizing that other people have always been in these stories but have been ignored.”