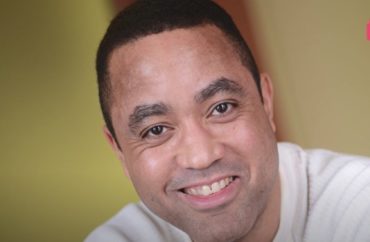 A black English and literature professor at Columbia University wants schools to be careful about implementing “destructive” anti-racism demands.

“Administrations must decide where racial reckoning becomes racial wrecking ball, even amid a sincere commitment to addressing racism both open and systemic,” John McWhorter said in an essay for The Atlantic. Administrators “must resist destructive demands, even by self-proclaimed representatives of people of color, and even in a society where systemic racism is real.”

He referenced a letter from Princeton University faculty “that described the school as founded upon the pillars of its oppressive past.” McWhorter also discussed a “strike” at Bryn Mawr College that shut down the women’s college in Pennsylvania.

“President Kim Cassidy gave the ‘strikers’ leeway, allowing some professors to cancel their classes or reformulate them into tutorials on anti-racism. Cassidy apologized for characterizing the strikers and their actions in a negative light,” the professor said.

He describes several other examples of administrators bowing to activist demands even when they did not need to, according to the English professor.

“As extreme as these documents and actions seem, they would qualify as legitimate if these campuses actually were bastions of social injustice,” McWhorter said. “This is doubtful.”

Although racism surely exists at Princeton, as it does throughout American society, Princeton is not the utter sinkhole of bigotry and insensitivity that the letter implies. American universities have long been more committed to anti-racism than almost any other institutions.

McWhorter is equally skeptical that a college such as Bryn Mawr is a hotbed of racism.

“[W]oke ideals” are “deeply inculcated and largely unquestioned; one can assume that most 19-year-olds have heard of the term intersectionality; and racism is considered the quintessence of human evil. The protests there were motivated not by an on-campus event, but by the police killing of a Black man a half hour’s drive away in Philadelphia,” he said.

Princeton classics Professor Joshua Katz is a model of how to resist anti-racism activism, according to McWhorter.

Thus the model must be classics professor Joshua Katz at Princeton, who last summer took issue with the Princeton letter in a Quillette article, pointing out that the demands would lead to “civil war on campus,” and calling out a Black student association that serially harassed several Black students who disagreed with its philosophy.