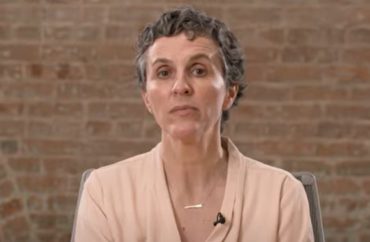 A sociology professor at the University of Illinois at Urbana-Champaign warns that the term “racist” and charges of racism are overused.

The frequent use of the term dilutes the weight behind it, Ilana Redstone writes in Persuasion.

“The charge of racism can be reputation-destroying and have long-term psychological effects,” Redstone says. “Yet its excessive application dilutes that power—for example, applying the word ‘racist’ to both Dylann Roof, the white supremacist who murdered nine black worshippers at a South Carolina church in 2015, and a local-business promotion in Seattle involving decorative monkeys.”

“The antiracist strategy is not only weakening its own best weapon,” the professor says. “It’s backfiring.”

The sociology professor gives several examples of when the accusation of racism is used to describe policy differences.

Even an argument like my own—one based in strong support for racial equality, yet that questions the antiracist approach—might be judged an expression of racism under the new definition. The argument of antiracist activists is that, if you stand against their methods, you oppose their ends, no matter how much you insist otherwise. Unsurprisingly, this has narrowed the spectrum of acceptable views on sensitive topics.

For example, opposition to affirmative action and support for increased border restrictions are two positions labeled racist under the expanded definition. Racial hostility is a possible motivation for those positions. After all, affirmative action was intended to benefit members of under-represented minorities; and much of the immigration to the West in the 21st century involves non-white migrants.

But one might have non-racist motives for such views, including concerns over whether affirmative action is the best way to help the targeted groups. And supporting restrictions on immigration could be rooted in concerns about the economic implications. Even if you dispute those positions, you would be mistaken to label their advocates with one of the most negative terms we have—not only because that would be unjust, but because it’s counterproductive.

Redstone explains that when people see non-racist actions labeled as racist that it weakens the term. “With this mistake, the antiracist emboldens the racist,” Redstone says.

Not only is this approach counterproductive, it’s a costly distraction. Every hour spent debating shop displays of monkeys that had no racist implication is time taken away from discussing problems that affect people every day, like poverty and bad education.

“We need a recalibration to again connect this important taboo to infractions that are recognized by a cross-section of the population, not just by antiracist activists who—passionate about justice though they are—have a view of the world that bewilders many people,” Redstone says.