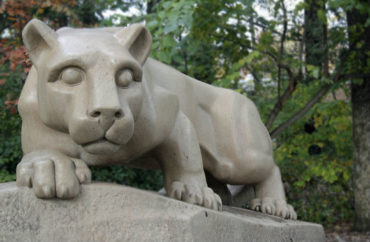 Most research before had focused on non-racial issues

The Big Ten school in State College announced the grants in an October 13 news release.

The grants come from the university’s Prevention Research Center. Previous research from the campus think tank has focused on issues such as pregnancy outcomes, drunk driving and Alzheimer’s.

The center “seeks to address long-standing health inequities through research and implementation of effective programs,” Greg Fosco, an associate director of the Research Center, said in the news release.

“With these awards, we are investing in a promising group of scholars and addressing systemic racism in a variety of environments,” Fosco said. “We are excited to see the impact these projects will have,” the associate director of the center said.

Fosco did not respond in the past week to multiple emailed requests for comment from The College Fix for more information on the funding allocation and the timelines for completion. Professor Stephanie Lanza, the center’s director, did not return an emailed request for comment on Wednesday morning.

One project will study a parental education program that is “aimed at decreasing systemic racism by promoting antiracist behavior, attitudes, norms and beliefs among parents.”

“After the murder of George Floyd and the subsequent racial unrest, I really wanted to find a way to give back to my community,” Keiana Mayfield, a doctoral student conducting the research, explained in the news release.

Mayfield did not respond to an emailed request from The Fix asking for clarification on how much of the funding will be spent on her project or why she referred to George Floyd’s death as a murder, when the court case is still in process. (Last Thursday, a judge dropped one murder charge against Derek Chauvin, one of the four officers involved in the death of Floyd, but one murder charge is still pending against Chauvin).

Sara Brennen, the center’s spokesperson, did not respond to multiple emailed requests for comment in the past week seeking information on the allocation of the funding, what proposals were not funded and an explanation of Mayfield’s use of the word “murder.”

None of the three other researchers could be reached for comment. The Fix emailed graduate student researcher Paulina Rodis twice but did not receive a response.

Rodis’ project will “examine tweets to specifically describe what types of aggression” black and Asian women face according to the news release.

Two of the other researchers, Sarah Zipf and Andrea Layton, did not have public email addresses.

The Fix received no response to multiple emailed requests for comment sent to Zipf’s and Layton’s advisers on their projects.

The research center said that Zipf will study “color-evasiveness in online education” to learn how to best “reduce racism experienced by online students.”

Layton’s research will focus on institutional racism and mental health, according to the news release.

The antiracism grants follow a number of other schools who have announced funding for antiracism projects or centers, often with few details.

Shippensburg University in Pennsylvania announced a plan in September for a new “Anti-Racism Institute” but did not have any information yet on a budget or metrics.

The University of Michigan announced $260,000 in grants in October for antiracism research, but only one researcher provided information on the amount she received and what she hoped to accomplish.

Hundreds of thousands of dollars flowed to Boston University Professor Ibram Kendi for the antiracism institute he started at American University, but it has yielded few results, according to an investigation by the Washington Free Beacon.