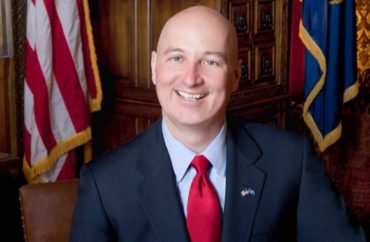 “In 2021, communism seems like a distant threat to many. Generations of Americans have learned about the atrocities committed by Stalin and Lenin in Russia,” Ricketts wrote in a statement posted on the governor’s website. “Many are familiar with Mao’s Great Leap Forward, which led to the Great Chinese Famine and starvation and death for millions.”

But Marxism and Communism lives on today.

Sadly, communism isn’t something that’s just studied in history books.  There’s growing awareness across our state and country that it’s reinventing itself right here at home under the label of Critical Race Theory (CRT).  Instead of the old narrative of class warfare, CRT envisions a race-based Marxism that divides people along racial lines.  It’s packaged under innocuous sounding terms such as “equity” or “anti-racism,” but it seeks to re-write our country’s history and reimagine public policy all based on a Marxist worldview.

Like Communism, critical race theory attacks the basis of American society, Ricketts said. “CRT proponents reject the notion that America is defined by a shared commitment to universal principles such as the recognition of God-given human rights, equality under the law, and the protection of basic freedoms of religion, speech, and assembly,” Ricketts said. “Instead, they teach that racism defines America and that systemic racism plagues our country’s institutions.”

He urged support for a Nebraska Board of Regents resolution to prevent mandated CRT in higher education.