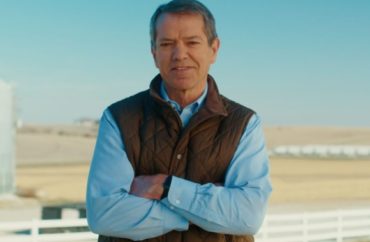 University of Nebraska regent and gubernatorial candidate Jim Pillen has introduced a resolution opposing critical race theory, prompting professors and campus leaders across the state to balk at the proposal and argue it would hinder academic freedom.

The chancellors of the three major University of Nebraska campuses — Lincoln, Kearney and Omaha — as well as the president of the U. Nebraska system, released a joint statement July 21 that they have “significant concerns about the resolution and how it would be interpreted by the faculty, staff and students we hope to recruit and retain.”

UN Lincoln Faculty Senate’s Executive Committee also released a statement opposing it, and the American Association of University Professors has warned the resolution would maintain a censure against UNL.

But Pillen, in an interview with The College Fix, said he stands behind his resolution despite the backlash it is generating.

“This resolution opposes policies, standards and graduation requirements that would compel students to study Critical Race Theory or adopt a CRT framework in their chosen course of study,” he said via email.

“If a student chooses to study CRT, this resolution won’t stop them from learning about it or professors from teaching it on an elective basis.”

Pillen appears to be the first regent of a public university system to propose a resolution against critical race theory.

The resolution states in part: “Critical Race Theory does not promote inclusive and honest dialogue and education on campus and … proponents seek to silence opposing views and disparage important American ideals. … Regents of the University of Nebraska oppose any imposition of Critical Race Theory in curriculum.”

The Board of Regents is slated to consider the resolution at its August 13 meeting.

“I think there’s broad recognition that this is an important conversation for the University to have, and I hope to earn the support of the majority of my fellow regents,” Pillen said.

In a written Q&A, Pillen expanded on his thoughts in an email with The College Fix:

Does the resolution have anything to do with your run for governor?

As a regent, I believe the University should reflect the values of those it serves: the people of Nebraska. Nebraskans expect that the university will promote rigorous, free inquiry that advances opportunity and rejects prejudice—not extreme, anti-American dogma that seeks to prejudice and divide people while silencing its opposition. The resolution isn’t divisive or political—it affirms those most basic, commonsense values.

What would you say to those who argue your resolution is a violation of faculty’s free speech rights and academic independence?

There is a difference between discussing a viewpoint and forcing a viewpoint on a student. The resolution prohibits CRT from being imposed and preserves students’ freedom to dissent and learn alternate views.

What would you say to those who argue CRT is so far embedded into higher education curriculum that a resolution cannot do much anyway?

Critical Race Theory has been around for awhile but the idea that we impose it throughout school policies and curriculum is a recent phenomenon. We must use policies to prevent those biases from forcing a fundamentally wrong worldview on our students and protect students’ freedom to dissent and choose a better approach. That’s the goal of this resolution.

Does a trustee have the right to set the curriculum or prohibit a topic from being studied on campus? There have been anti-CRT laws passed in some states, but it could be argued that K-12 is different than college students who choose to attend a university and pay to study there, in that they are not a captive audience.

The resolution is not a blanket ban on CRT being studied. It opposes the imposition of CRT through policies or standards. The resolution protects the freedom of inquiry for all our students and faculty.

Do you think trustees should take a much more active role, like you, in curriculum matters? If yes, why don’t they?

The job of the board of regents is to provide strategic leadership while promoting and advancing the university’s mission. Making sure academic freedom and Nebraska values are protected on campus is part of furthering the mission of the university. I believe many of my colleagues have been active in this regard, and the resolution I put forward is part of this broader mission.