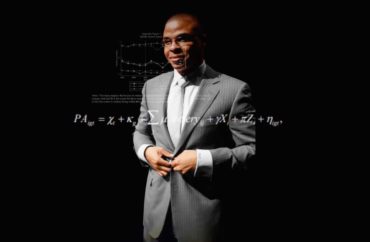 Glenn Loury, an economist at Brown University and a critic of “anti-racist” ideology, is heavily promoting a new documentary about Harvard University’s “baseless” shutdown of Roland Fryer, the youngest black professor ever tenured at the Ivy League university.

Fryer is a fellow black economist whose research upended the progressive narrative on topics such as bias, racism and policing.

Fryer was accused of making sexually charged comments and jokes by a former assistant several years ago. Regarding the charges, filed through Harvard’s Title IX Office for Dispute Resolution, Loury wrote:

In my opinion and that of many others, those accusations are baseless. But Harvard has used them as a pretext to shut down Roland’s lab, to curtail his teaching, and to marginalize him within the institution.

I’ll not mince words. Those at Harvard responsible for this state of affairs should be utterly ashamed of themselves. They have unnecessarily, heedlessly tarnished the career of an historically great economist. Again, I can’t help but suspect that they have effectively buried vital research not because it was poorly done but because they found the results to be politically inconvenient. “Veritas” indeed.

Now, I have been a friend and mentor to Roland for some time, and I’ve taken great pleasure in watching him succeed. I can see how one might view my criticisms of Harvard as biased. But this matter has been investigated by others with no personal stake in Roland’s career who have found Harvard’s actions and reporting on them by the New York Times to be deeply flawed.

The filmmaker Rob Montz made a 24-minute documentary about the case, which can be viewed in full on YouTube. The video’s online description states Fryer was an “unlikely Harvard superstar.”

“Abandoned by his mom at birth and raised by an alcoholic dad, Fryer became the youngest black professor to ever secure tenure at Harvard.”

But what happened to Fryer was more “MeToo justice” than merit, it adds, calling his cancellation “an ideological purge.”