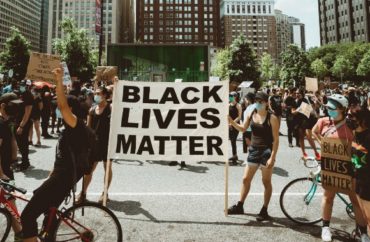 A former Department of Education counsel for President Donald Trump recently criticized the media for perpetuating falsehoods about unarmed black men dying at the hands of police officers.

“Why are progressives so angry at the police, to the point where a significant minority of them want to abolish the police?” Hans Bader said in a recent essay at LibertyUnyielding.com. “Because they vastly overstate the number of police killings of unarmed black people, often by a factor of 40 or more — exaggerating police killings by around 4000%.”

Bader explained the results of a recent survey by Skeptic that found that liberals overestimated the number of unarmed black men killed by police.

“Yet progressive journalists constantly leave the impression with some readers that police are routinely killing unarmed black men,” Bader said.

He said “the false narrative of police hunting and killing black people is the dominant one on college campuses, and that has resulted in a very hostile attitude toward the police among college students.” Bader then referenced a June College Fix survey that found that 94 percent of Democratic college students support defunding the police.