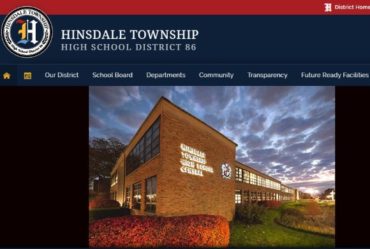 Social worker offered to help her run away from home

Mental illness is associated with gender dysphoria. This is not credibly disputed.

Yet a school in Illinois’s Hinsdale District No. 86 refused to recognize the symptoms of a 14-year-old student on the autism spectrum who had trouble making friends.

Instead, it took her word at face value that she was a boy – right after she met a transgender student – and kept her parents at arm’s length, while a social worker offered to help her run away, according to her father’s op-ed in USA Today.

Jay Keck is a member of the Kelsey Coalition, an organization of parents that challenges the medical profession’s trendy but ill-informed advocacy of gender transitioning for children.

His story about his daughter, with whom he discussed the op-ed, should panic every parent whose child has mental health problems and trouble making friends.

Keck’s daughter had no previous inkling of gender dysphoria before meeting a girl who identifies as a boy at her high school, he says. It appears to be a case of rapid-onset gender dysphoria, a condition identified by a Brown University researcher that stems from “social and peer contagion.”

That researcher, Lisa Littman, has been practically disowned by Brown in the face of transgender activism. (Keck also leads the Chicago chapter of support group ParentsofROGDKids.)

Faculty and staff at the high school “had full knowledge of her mental health challenges” but immediately started calling her by her new masculine name and pronouns and giving her access to a gender-neutral restroom. They hid the decision from her parents.

A social worker later misled the Kecks into believing the school district would call her by her legal name because the family demanded it. The school hid its decision to ignore their directive as well, Keck writes. The social worker also offered to help her run away from home by “advising her about halfway houses,” the daughter told her father.

A school district-approved psychologist privately agreed with the parents that their daughter’s “underlying health conditions” drove her ROGD, but refused to put that in writing “because he feared the potential backlash he would receive,” Keck writes. (Illinois is among 18 states and the District of Columbia that consider medical questioning of a child’s gender identity to be illegal “conversion therapy.”)

Keck blames organizations including the ACLU and National Education Association for scaring school districts into automatically treating student by their professed gender identity, regardless of underlying symptoms.

For example, the ACLU continues to lie to school districts that federal law compels them to hide students’ professed gender identity from their parents, a willful misreading of the Family Educational Rights and Privacy Act, Keck says. (FERPA is perhaps the most misused federal education law.)

The other false basis for school districts’ actions: a legally unenforceable “guidance” document from the Obama administration that was blocked by a federal judge and then rescinded by the Trump administration more than two years ago.

Outside of Illinois, families in New Jersey should consider simply moving out of state. Its Department of Education suggests that school staff report parents to child protective services “if they disagree with their child transitioning,” Keck notes.

It’s time for parents to speak up, despite the likelihood they will be slurred as “transphobic bigots” for believing their children are circumscribed by their biological sex, he says.

It’s too late for Keck’s daughter, who just turned 18 and can complete her gender transition without parental consent:

She can turn to any one of Illinois’s 17 Planned Parenthood clinics for cheap and easy access. No extensive mental health assessment will be required, and there will be nothing I can do to stop her.