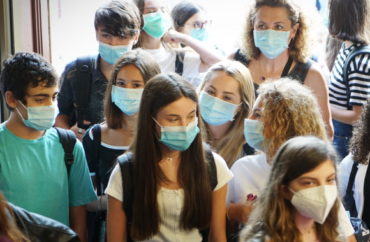 “All individuals on campus will be required to wear a mask or face covering while indoors, regardless of vaccination status, except when alone in an enclosed space,” the public institution stated in an announcement.

“Continued increases in coronavirus cases fueled by the ultra-contagious BA.5 subvariant as well as a rise in hospitalizations have pushed L.A. County closer to reinstating a universal indoor mask mandate,” the newspaper added. “The reinstatement measure, which officials have long warned was on the table, could go into effect as soon as late July.”

This as health experts are raising alarms on increasing cases throughout California. pic.twitter.com/FGv0misIQr

“We will continue to monitor the COVID-19 community level according to the CDC and County data and we will communicate if there are any changes in two weeks,” the district notice stated.