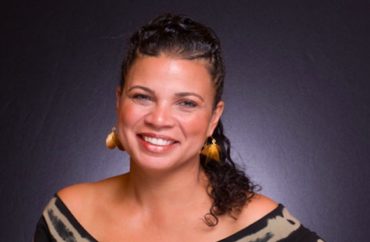 A professor in Cal State Los Angeles’ Pan-African Studies Department declared continued support for actor Jussie Smollett after he was found guilty of all but one charge this week.

Smollett, formerly of the show “Empire,” was convicted of fabricating a hate crime almost three years ago where he claimed he was assaulted in the wee hours of the morning by “MAGA”-yelling white guys.

Black Lives Matter LA founder Melina Abdullah, a “womanist scholar-activist” and former chair of her department, said on Tuesday “[W]e can never believe police, especially the Chicago Police Department (CPD) over Jussie Smollett, a Black man who has been courageously present, visible, and vocal in the struggle for Black freedom.”

Abdullah added policing in general is “an irredeemable institution,” and that the CPD is “notorious for its long and deep history of corruption, racism, and brutality.”

As abolitionists, we approach situations of injustice with love and align ourselves with our community. Because we got us. So let’s be clear: we love everybody in our community. It’s not about a trial or a verdict decided in a white supremacist charade, it’s about how we treat our community when corrupt systems are working to devalue their lives. In an abolitionist society, this trial would not be taking place, and our communities would not have to fight and suffer to prove our worth. Instead, we find ourselves, once again, being forced to put our lives and our value in the hands of judges and juries operating in a system that is designed to oppress us, while continuing to face a corrupt and violent police department, which has proven time and again to have no respect for our lives.

At a 2017 conference on intersectionality and discrimination at Cal State Fullerton, Abdullah said current-day police officers are the “slave catchers” of yesteryear: “You literally have a target on your back. That is what policing was founded on and that is what it evolved out of.”

A year before that, Abdullah referred to Jewish conservative commentator Ben Shapiro as a “neo-KKK member” and “part of the conversation about ‘anti-blackness.’”

Although Abdullah’s Wikipedia page refers to her as a Marxist, she elaborated on Twitter this week: “I’m absolutely anti-capitalist…not a Marxist though. My beliefs are most aligned with African scientific socialism, with a heavy dose of womanism.”