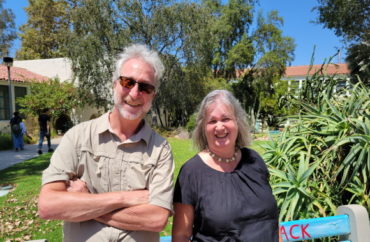 Professors from across the state of California and a wide range of scholarly disciplines have one major thing in common — they are willing to defend free speech and academic freedom at a time when doing so publicly can literally put their jobs in jeopardy.

“All ideas are subject to scrutiny and critique. Illiberal tactics that silence opinions and discourage dissent in the academy should be rejected,” the letter states, citing tactics such as mandatory ideological statements, cancel culture and administrative discipline without due process as part of the problem.

The open letter comes at a time when professors are expected to support diversity, equity and inclusion in efforts such as teaching, research and service — mandatory criteria during hiring and tenure reviews.

San Diego State University English Professor Peter Herman, one of the letter’s signers, praised his fellow signatories for their courage.

“It is one thing for full professors to sign a letter like this, it is quite another for an associate, an assistant, and God knows, an adjunct — a lecturer — to sign something like this,” said Herman, a full professor, in an interview with The College Fix.

A few like-minded professors from across the system, which employs about 56,000 faculty and staff, began to connect online about a year ago to discuss concerns about how diversity, equity and inclusion requirements on campuses have actually stifled open debate and free inquiry.

“The talk on campus is about building community, but it is a forced community,” said Arlette Baljon, an associate professor of physics at San Diego State University and another of the letter’s signers, in an interview with The College Fix.

(Pictured above: Herman and Baljon)

During their online meetings, the scholars “felt free to express opinions that, until then, were either whispered in hallways or kept to themselves,” according to the group’s organizers.

The open letter is a result of that budding online group.

“We had a sense that there was an inchoate of unhappiness — even fear — that people were worried about the increasing pressure on them to mouth certain ideologies that they may or may not agree with,” Herman said.

“We wanted to come up with a statement that would address that [growing concern] that they could sign on to and thereby show some of the other folks that there is resistance to this, and it’s principled resistance, and it’s not rooted in white supremacy or racism,” he said.

Over the last several months the letter, originally published in June 2022, has seen a spike in signatories, he said.

The letter includes a link to its “origin story,” which states it “is a collaboration among professors who share a skepticism of certain trends in the modern university, e.g., the expansion of highly ideological critical theories throughout the curriculum, including in the hard sciences.”

The letter states that a “healthy university requires a diversity of opinions. A high-quality education should favor exposure to the best arguments from a variety of viewpoints, especially on controversial topics.”

Codi Lazar, an associate professor of geological sciences at California State University San Bernardino, told The College Fix via email that he hopes the open letter “helps people find the courage to speak their mind … People need to know they aren’t alone on campus in holding normal opinions such as:

—speech is not literal violence

—the scientific method is liberating not oppressive

—attention to group identities and historical injustices has some merit but should not become the primary mission of our universities.”

debates, to help break through this unfortunate dynamic in which would-be dissenters stay silent because they are afraid of being called a racist, or white supremacist, or some other form of oppressor, or being retaliated against for merely expressing an opinion,” said Lazar (pictured).

Asked why the letter has received a spate of signatures recently, Lazar said there is “a pent-up demand for coordinated pushbacks against a variety of policies and ideological assumptions.”

“Many of our signatories are in the hard sciences,” he said, “and I suspect that they are freshly motivated by the very recent incursion of critical theories into the sciences.”