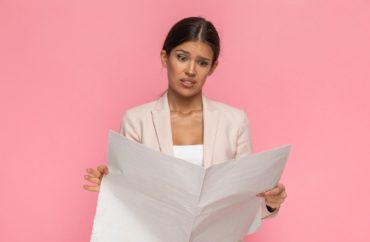 Comes after someone criticized George Floyd for drug use

The Community Editorial Board of The Chronicle, Duke University’s student paper, wants the university to regulate “hate speech” on campus.

The editorial said it’s time to “[u]pdate the community standard[s] now” after what it saw as a failure of university officials to address its concerns about an incident on campus.

The editorial comes after someone posted George Floyd’s toxicology report on a residence hall bulletin board that celebrated Black History Month. “Mix of drugs presents in difficulty breathing!” the person wrote. “Overdose? Good man? Use of false currency is felony!”

University officials have launched an investigation into the incident.

The CEB, which is separate from the editorial staff from the newspaper, is disappointed with the university’s response to the residence hall incident.

The board said it will “stand with the Duke student community in condemning this graphic form of hate speech as the racially motivated act of ignorance it is.”

Floyd’s autopsy report showed drugs such as fentanyl, methamphetamines and cannabinoids in his body when he died. Floyd’s girlfriend said he was in the car with his drug dealer, a fact revealed after the residence hall incident but before the publication of the editorial.

The administrators failed to act to root our racism, the board said. “By not adequately defining this racist incident, the administration is failing to acknowledge and address the specific impact that incidents of bigotry and hate speech have on POC students.”

The administration also “emboldens perpetrators to continue terrorizing communities of color on campus” when it does not “acknowledge how racism manifests into these incidents.”

The editorial board writers then include a list of other times where they believe the university has failed, before leading to the editorial’s ultimate call — regulation of “hate speech.”

“The outrage about this incident is not an example of political correctness or an attempt to ‘cancel free speech’ on campus,” the opinion piece said. “Rather it is students doing what the administration has consistently failed to do on issues of discrimination and bigotry on campus: condemn this incident as an act of racism and acknowledge how it endangers and alienates our Black community.”

The posting of evidence that is being used in the trial against Chauvin “should act as proof that the Duke administration still has a long way to go in how they address issues of racism, hate speech, and bigotry on campus.”

The students called the killing of Floyd a “murder,” when the trial against Minneapolis police officer Derek Chauvin has not ended yet. Murder is a legal term, whereas killing is not.

“George Floyd was murdered by the police,” the CEB said, apparently utilizing a crystal ball.