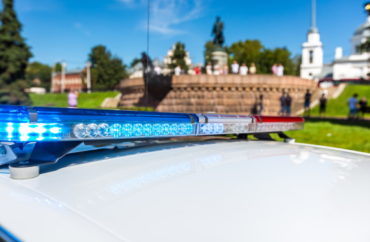 A report from the University of Minnesota concluded that the public university should create “a formal review of options to demilitarize UMPD and eliminate the presence and use of military grade weapons, vehicles, and other resources.”

It has further bolstered student demands to remove lethal weapons from the hands of campus police.

The report, prepared by outside consultant Cedric Alexander, also recommended creating a “committee to address historical trauma,” “reimag[ining] policing” on and off-campus, and reviewing University of Minnesota Police Department “stops, arrests, and complaints.”

University officials had already cut ties with the Minneapolis Police Department following the George Floyd incident that sparked controversy in May of 2020.

The university did not answer questions on what steps it would take to implement the proposals and the timeline for those changes.

“You can read more about this on the M Safe website,” Lacey Nygard, a spokesperson, told The College Fix via email. “Additionally the University’s Board of Regents and President just had a conversation about the safety review during its latest Board of Regents meeting.”

The M Safe page said the university will implement body cameras as soon as possible. The school will also continue “regular meetings with the mayors of Minneapolis and St. Paul to keep communication open and to coordinate, as needed, on public safety issues.”

Student leaders have seized on the call to demilitarize the police force, with the student government recently introducing legislation to demand the university completely disarm the campus police.

“The origin of policing in protecting settlers at the expense of indigenous people and enforcing slavery, as well as the contemporary issues that led to the killing of George Floyd, make it difficult for affected communities to trust the police,” the bill said, according to the campus paper The Minnesota Daily.

“AR-15’s [sic], which are deemed to be military-grade firearms, should have no place in civilian law enforcement; the demilitarization of police forces is desirable as a general matter,” the bill said, according to the student paper.

The campus police have contributed ideas to help address potential problems in the department.

The UMPD Chief Matt Clark had drafted goals and recommendations for his department and submitted them to the Board of Regents in October 2020, according to the report.

His requests included supporting the use of body cameras, increasing officer numbers and figuring out ways to become better established as a trusted service within the community.

During the consultant’s listening session with UMPD, the officers said “community engagement is much more challenging than six months ago” and that there was “an uptick in harassment while doing simple traffic stops.”

A university student recently accused the police department of racially profiling him, though video footage disproved the unnamed student’s accusations.

The police originally believed the student was a “white male,” according to video of the incident. The student is a racial minority. The police briefly spoke to the student and apologized for stopping him after realizing he did not fit the description of a robbery suspect.

There were a total of seven complaints filed from the years of 2018 to 2020. There were also only eight instances of force used, including tackling suspects, in 2020 compared to the 467 citations and arrests that were made.

The campus police did not reply to multiple emailed requests for comment in the past several weeks from The Fix regarding its stance on the report.