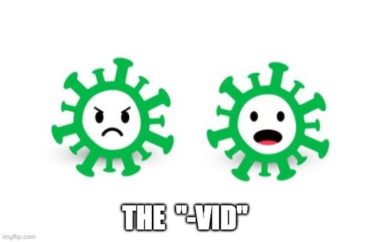 A new study out of Canada theorizes that COVID-unvaccinated people are more likely to get into traffic accidents.

The American Journal of Medicine study by a trio of researchers, two of whom come from the University of Toronto, examined government records of 11 million people, 16 percent of whom did not get a COVID-19 vaccine.

That group was 72 percent “more likely to be involved in a severe traffic crash—in which at least one person was transported to the hospital” than those who had the COVID shot, Fortune reports.

This figure is similar to that of those with sleep apnea, and “exceeds the safety gains from modern automobile engineering advances and also imposes risks on other road users,” the researchers noted.

However, significantly, study authors Donald Redelmeier, Jonathan Wang and Deva Thiruchelvam noted the actual vaccine has nothing to do with the actual risk of a car accident: “A limitation of our study is that correlation does not mean causality because our data do not explore potential causes of vaccine hesitancy or risky driving.”

It’s the attitude of those opposed to the vaccine, the authors said.

“Why would they ignore the rules of the road? Distrust of the government, a belief in freedom, misconceptions of daily risks, ‘faith in natural protection,’ ‘antipathy toward regulation,’ poverty, misinformation, a lack of resources, and personal beliefs are potential reasons,” the trio said.

The findings are significant enough that primary care doctors should consider counseling unvaccinated patients on traffic safety—and insurance companies might base changes to insurance policies on vaccination data, the authors suggest.

First responders may also consider taking precautions to protect themselves from COVID when responding to traffic crashes, the authors added, as it’s more likely that a driver is unvaccinated than vaccinated.

“The findings suggest that unvaccinated adults need to be careful indoors with other people and outside with surrounding traffic,” the authors concluded.

[A] 2021 study published in the Journal of Bioeconomics found a correlation between self-reported risky driving and having skipped their flu vaccine. It examined the survey responses of more than 100,000 Canadians.

“These claims are based on accidents which resulted in hospitalization. Each person injured is referred to in the paper as a ‘crash’ – even when the injured person was a pedestrian!” she said.

The “fundamental flaw,” she said, was that the study relied on the government database of vaccinated individuals. She pointed out that you could still be in an accident and not going to the hospital, and thus wouldn’t have been included in the study.

Linking to a table from the study she wrote, “No matter which way you chop the data the risk is apparently increased by about the same amount.”

Here is a joke of a study claiming the unvaccinated are involved in more car accidents.

Another recent study by academics at Oxford, Harvard, Johns Hopkins found that college students were at greater risk of COVID booster mandates than the actual virus itself.