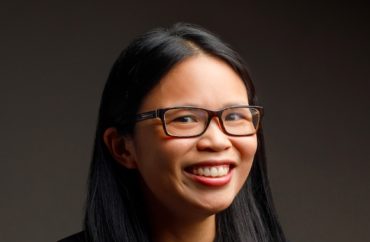 Kimberly Sue tweeted the increasingly popular critical race theory-based sentiment on Friday (since deleted), noting the president “sets a bad example for everyone” by not engaging in some temporary rest and relaxation. 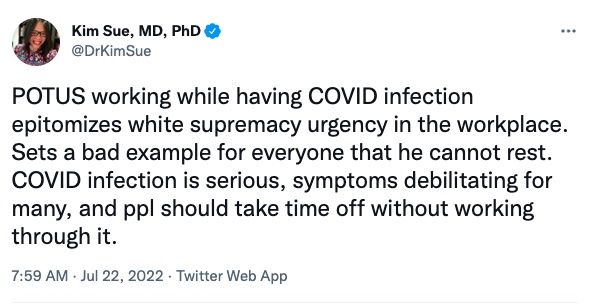 Over the last few years some academics have asserted what Professor Sue tweeted. Most recently, Danielle Droppers of the Oregon Health Authority pushed back a meeting time with the excuse that promptness is a “white supremacist value.”

The 2016 White Privilege Conference featured former multicultural education professor Heather Hackman who told those attending her seminar titled “No Freedom Unless We Call Out the Wizard Behind The Curtain: Critically Addressing the Corrosive Effects of Whiteness in Teacher Education and Professional Development” that being on time and giving grades are facets of whiteness.

In 2019 Rutgers’ Brittney Cooper, aka “Professor Crunk,” went a step further by claiming white people actually own time. She said whites are taught that time is linear but for blacks it “doesn’t exactly work that way” because they still have to deal with “the residue of past historical trauma.”

And Weber State’s Ryan Wash took it even further by claiming that space — as in the universe — actually “doesn’t exist” but is a fiction “made up by white people.”

MORE: Prof reported to university for urging student to turn assignment in on time