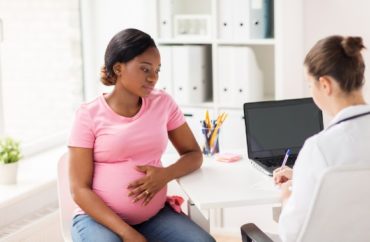 Saint Xavier University in Chicago is a Catholic institution, but that has not stopped it from helping students get abortions through its endorsed health insurance plan.

“Benefits include abortion care services,” the 2021-22 student health insurance plan says. The health plan also covers contraception and “sterilization procedures.” Notably, the plan excludes “abortifacient drugs,” but there is not an explanation of what this means, since hormonal birth control can act as an abortifacient. The 2020-21 plan also covered abortion, contraception and sterilization.

The College Fix reached out to the SXU’s Media Relations Manager, Breeanna Villalpando, three times via email, but received no response to questions sent in the past three weeks.

The Fix asked if the university has witnessed any conflict with the Catholic Church teaching on abortion and sterilization. The Fix also asked if faculty and staff will also be covered for abortion and to explain what the exclusion on abortifacient drugs refers to.

The Archdiocese of Chicago has no interest in investigating the matter, based on responses received to media inquiries.

“Following up as my colleague Dawn Fitzpatrick [in the archdiocesan pro-life office] shared that you also reached out to her for comment regarding Saint Xavier University’s health plan,” spokesperson Susan Thomas told The College Fix via email. “Media inquires [sic] are handled by my department, the archdiocese’s communications office. Please do not reach out to individuals within various departments at the archdiocese for comment.”

“Reiterating what I sent this morning, St. Xavier is an independent university. Therefore, we do not have the information you seek and we recommend you contact them directly,” Thomas said.

Cardinal Blase Cupich, the bishop for the archdiocese, has been one of the most outspoken American Catholic leaders in support of continuing to allow President Joe Biden to receive the Eucharist. This despite Biden’s endorsement of taxpayer-funded abortion through all nine months of pregnancy, among other pro-abortion political stances.

Sarah Michalak, a 2019 SXU graduate and current Students for Life of America Upper Midwest Regional Coordinator, said she is disappointed in the university. Her region includes Chicago universities.

“As an alumna of Saint Xavier University I am disappointed to see they are not upholding their Catholic ideals,” Michalak told The College Fix in an August 24 phone interview.  “Catholic universities should be beacons of life, love and truth.” Michalak is also Catholic and grew up in the Archdiocese of Chicago.

Saint Xavier violates the the ideals of love, truth and life by covering abortion in its health plan, Michalak said.

“It’s the responsibility of Catholic universities to authentically care for their students, and abortion is not authentic support for pregnant and parenting students,” Michalak said.

She said the Students for Life SXU group plans to work with SFLA staff to “address these issues and concerns with the Saint Xavier administration.”

SFLA is “invested in providing resources and support to pregnant and parenting students.”

“We know that abortion is not authentic support and we will fight for pregnant and parenting students and preborn babies,” Michalak said. “If the university is unaware of this inconsistency, we are hoping that they will correct their error immediately.”

MORE: Abortion is not a normal experience for most women, professor concludes