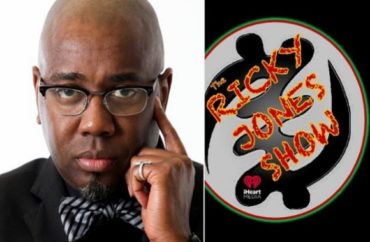 Ricky Jones, chair of the Pan-African Studies Department at the University of Louisville, has been reprimanded for a threat of physical violence he made on his podcast earlier this year.

Jones was issued a letter of reprimand in mid-March but it came to light in July after Professor Jones tweeted about it, saying the admonishment includes the threat of removal as chair of his department for future violations. Jones has said he made the threat in jest.

His controversial comments were focused on an unnamed student who had been proselytizing an LGBT course at the beginning of the spring 2020 semester, before COVID hit, with literature promoting Christian sexual morality.

Jones spoke out about the incident at the time and addressed it on his podcast, “The Ricky Jones Show,” on Feb. 9 and at a university forum a day later. He didn’t name the student, but Jones addressed him directly in his remarks.

“I’ve got a message for you, if you’re listening, to this student, or any other student or any other person who wants to come harassing somebody: Try that. Come to my class with that,” Jones said on the podcast.

“Come to one of my classes with that. I will drag your (behind) into my class, me and my 50-some-odd students will stomp you, beat you within an inch of your life, then drag you out of the room and deny that we did it.”

Jones said that he was clearly speaking in jest and that he frequently goes over the top with his jokes.

The letter of reprimand was signed by Interim Dean David Owen, who stated Jones’ comments were in violation of the school’s Code of Conduct. The letter also mentions comments Jones made at a campus forum in mid-February, but it’s not detailed what was said. The letter described it as threatening in nature as well.

“Regardless of the context of these comments, it is unacceptable for a faculty member to make threats of physical violence towards a student,” the letter states. “… While you may believe your threats were rhetorical and should not be taken seriously, others clearly saw them as sincere and threatening.”

“You are hereby warned … that any further similar conduct — whether serious or rhetorical — will results in the Dean’s office conducting a special review of your conduct as chair and issuing a recommendation to the provost for removal. You would then be prohibited from any university leadership position for a period of 5 years,” the letter states.

I am convicted without ever being interviewed or even informed I was under investigation. I deny the false charges in my April 1st rebuttal and respectfully ask for investigative materials and documentation specifically supporting accusations that I have threatened ANYONE. pic.twitter.com/e64I7E6Vmf

Jones is fighting back.

“I am convicted without ever being interviewed or even informed I was under investigation. I deny the false charges in my April 1st rebuttal and respectfully ask for investigative materials and documentation specifically supporting accusations that I have threatened ANYONE,” he tweeted in mid-July.