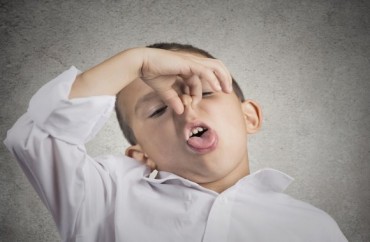 “They say the pizza is often burnt, the fruit cups are frozen and options are narrow and unhealthy,” Simon reports.

And the students aren’t going to take it. They’re boycotting the gratis grub until they get “fresher food, healthier food, a larger portion, food that [they] can actually eat,” student May Oo says.

“We want our school to be better,” Jacquez Conwell, a junior at Roosevelt High School participating in the student protest of the “crap” meals, told HuffPost. “It’s not fair for us kids, us teenagers, to go through the day where we’re not satisfied. And if we’re not satisfied, we’re not learning anything and we’re not focused.”

Conwell is one of many Roosevelt students participating in a campaign that’s been titled The School Lunch Project.

The students also included a list of their proposals for change, including the option to have off-campus lunch, the addition of vending machines in the school and asking for more options beyond milk or water to drink. Students would also like more diverse entrees beyond the heavily processed foods typically available and they claim pizza, a fried chicken patty or a hamburger are their only options most days.

“Lunch time is the time where you eat and enjoy your free time,” the students’ website reads. “It’s supposed to be the place where students get the best healthy lunches like salads, sandwiches, fresh fruits, etc. Instead they give some gross, unhealthy food.”

Every student gets a free lunch (if they want) in Chicago schools so that, as NPR notes in its report on the boycott, there is no stigma for low-income students.

The New York Post’s Naomi Schaefer Riley says the fact that the students are “turning their noses up” at the meals “suggests that the vast majority of these kids don’t need the free food to begin with. Choosers generally aren’t beggars.”

A commenter at the NPR piece points out (rightly) that the types of healthy lunches demanded by the students’ website are typically not eaten, and thus, wasted.

And Riley’s right, too: It’s highly unlikely that students who really can’t afford a lunch will complain about something filling their bellies.

If you’re that upset at what you get — again, for free — then the solution is pretty straightforward: Brown bag it with something you like.