Don’t focus on who is self-censoring, but how to stop it

The conservative National Association of Scholars and the liberal American Association of University Professors have both warned about the influence of Chinese-funded Confucius Institutes on American college campuses.

A recent research paper by University of Missouri and Princeton University political scientists probes a related issue: how Chinese pressure on scholars of China studies has affected their research.

Sheena Chestnut Greitens and Rory Truex conducted a survey of more than 500 China scholars to collect the first “systematic data on how common it actually is for China scholars to have their work affected by PRC [Chinese government] repression,” they write in the paper.

Princeton’s Truex told The College Fix there is a much deeper question addressed to the American higher education system at large.

‘Most researchers do choose their words carefully’

The paper provides details about China scholars’ experiences with repression and offers strategies for handling difficult political situations. It also addresses self-censorship by those who believe their research may be judged “sensitive,” a definition that “remains blurry for foreign scholars.”

China scholars have experienced “repressive actions” including denial of visas (5 percent) and access to academic documents (26 percent), blacklists (2 percent) and being “taken for tea” by government officials to be warned against further research (9 percent).

While these repressive actions by the Chinese Communist Party are “real phenomena,” they are also “rare,” according to Truex (right) and Mizzou’s Greitens.

Self-censorship became one of the biggest concerns for China studies scholars when it was revealed last year that major university presses such as Cambridge University Press removed access to Chinese academic documents at the request of the Chinese government, the report says.

Greitens and Truex define the phenomenon as “protecting the people around you who will be impacted, especially negatively, by your research.”

Many scholars are concerned for the safety of their sources in China, and with good reason. The survey found 12 percent have had a Chinese friend or colleague contacted by the Chinese government about their work – a figure that rises to 17 percent for those who do “intensive field research.”

This leads about seven in 10 respondents to agree that “self-censorship is a problem in the China field.”

While “most researchers do choose their words carefully while in China, in order to preserve their own well-being and the well-being of their interlocutors,” the researchers wrote that “self-interested careerism” was likely not the reason for this caution.

“A significant number” also said they themselves didn’t self-censor or that they used their “relative freedom” as foreign academics to speak “scholarly truth to Chinese power,” according to the paper.

Several also said “China’s repressive climate” actually may have skewed research to be more negative about the Chinese Communist Party.

Universities should help wean each other off Chinese money

Self-censorship is “one of the biggest issues because it’s hidden and harder to root out,” Rachelle Peterson, policy director of the National Association of Scholars, said in a phone interview with The Fix.

“There is a great deal of self-censorship on American college campuses on issues related to China,” she said: Western scholars are choosing to internalize and abide by Chinese laws, often justified for the good purposes of access to archives or holding onto connections, but it means they learn less about China. 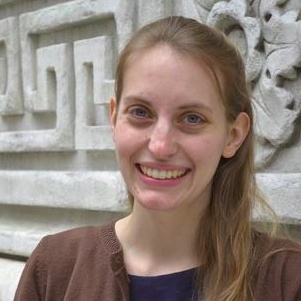 One major motivation comes from American university administrators who are hesitant to see professors on their campuses disrupt their funding from China, said Peterson (right), whose research on Confucius Institutes has gotten her in trouble with some colleges.

She acknowledged that “American scholars who are interviewing people in China have every duty to protect the safety of the people they’re interviewing,” but they must balance that responsibility with their obligation “to tell an accurate picture about what’s happening in China.”

Many discussions about his paper and Chinese restrictions on American scholarship focus on self-censorship, which is “misleading” and “a real disservice to the field,” Truex told The Fix. He went so far as to call the conversation “factually incorrect.”

Protecting a source, said Truex, is simply called good research ethics. “It’s important not to overthink this, condemning it as a self-censorship issue.”

If a scholar gets banned from a visa or access to Chinese documents, Truex asked, what can universities do collectively to protect their scholars? “Most China scholars [in non-Chinese universities] do not feel supported by their university with respect to their position,” since administrators are calling the shots.

The problem is that the Chinese government is pressuring universities to not have certain types of speakers. “If you bring a speaker to campus, who says something China doesn’t like, is your campus going to face blowback?” Truex said.

Universities should respond to this situation by working together – for example, by financially supporting their peers who are left beholden to Chinese money for tuition.

“There’s a whole lot of universities standing up to China,” he said without naming specific institutions. “We need to figure out ways to work together to resist that.”

‘We should be showing what intellectual pursuit of freedom looks like’

Though they agree that Confucius Institutes on college campuses are Chinese propaganda operations, Peterson and Truex also differ on how to handle them.

“There is a need for the U.S. government to protect college campuses from undue influence from the Chinese government,” even if it means encouraging them to close these institutes, Peterson said.

Truex warned against extreme conclusions such as a wholesale ban on these institutions, however.

“Some are providing good Chinese language instruction at public universities who don’t have public funding for that,” he said. “It’s a very fine line”:

If we start putting up barriers to cultural exchange and freedom of ideas, that’s antithetical to our value system. We need to do more research before we throw around claims.

Peterson and Truex agreed that the survey should motivate universities to develop more thorough methods of protecting and encouraging their scholars.

“The purpose of the paper is to be something that China scholars read to get a sense of the risk” so they can prepare, according to Truex.

“I hope that it will encourage especially university professors to take seriously the need for scholars to have the ability to research and write on these topics” and stand up for those “who have been thwarted in their research attempts on legitimate topics,” said Peterson:

Things are ‘getting better … we’re talking about the right issues’

Peterson continues to see the glass as half-empty: Some topics will be “over the red line” and draw immediate attention from Chinese authorities, such as Xinjiang.

Truex is actually not worried about the state of U.S. scholarship in China, which has been “pretty bad for a long time” but is “getting better … we’re talking about the right issues.” The field is growing in size despite government restrictions: “If anything, people are realizing how important it is to study China.”

Far from discouraging scholarship, the statistics give Truex courage, particularly the lack of evidence that China uses “acts of of violence” against scholars: “There are boundaries that the [Chinese Communist] Party doesn’t cross.”

Truex and Greitens conclude in the paper: “The risks of research conduct in China are uncertain, highly individualized, and often not easily discernible from public information. The decision about whether or not to pursue a particular potentially sensitive research project is a therefore highly personal one.”