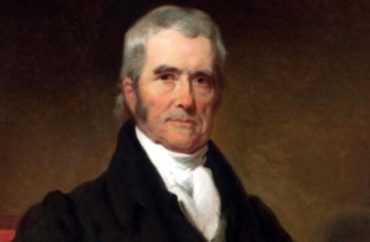 Erasing someone’s name from a school is not ‘erasing history,’ law dean tells The College Fix

Cleveland State University eliminated from its law school the name of John Marshall, the fourth Chief Justice of the United States, appointed over 200 years ago to the bench.

University officials removed Marshall’s name due to his ownership of slaves and his comments in support of slavery. However, the dean of the law school told The College Fix on December 5 that this is not an example of “erasing history.”

Law school dean Lee Fisher acknowledged Marshall’s contributions to American legal thought in the 19th century and said the name change “is not about erasing history.”

“Naming rights are a highly cherished honor that should be reserved for those whose actions are consistent with the shared present day values of the Law College and University,” Fisher told The Fix via email.

“We cannot ignore the reality that Chief Justice John Marshall bought and sold hundreds of slaves throughout his adult life,” Fisher continued. “Unlike many of his contemporaries like George Washington, did not free any of his slaves; nor can we ignore his troubling beliefs, statements, and actions relating to slavery.”

“His actions and views are contrary to the shared values of our Law College and the University – an unwavering commitment to justice, equity, diversity, and inclusion,” Fisher told The Fix.

The law school dean said Marshall’s contributions to “American jurisprudence” were both significant and enduring” and will continue to be taught at the law school. However, the university needs to “recognize the distinction between history and bestowing honor.”

Some Cleveland State students, alumni, faculty and staff petitioned for the cancelation of Marshall’s name in the summer of 2020.

As part of the committee’s process, Fisher sent out a brief survey on December 2021 to approximately 4,500 students, faculty and alumni asking them to weigh in on the issue, The Fix reported on January 6, 2022.

“No stakeholder group spoke with a single voice, and some members of each group were undecided,” according to the report. “A majority of alumni who responded (60.9%) indicated that they want to keep the Law School name, while a majority or plurality of all the other stakeholder groups indicated that they want to change the Law School name (students: 49.5%; staff: 72%; full-time, adjunct, and emeritus faculty: 61.5%; CSU community: 64%; legal community: 50%; and general community: 51.2%).”

Stakeholders who supported the name change in the survey stated that Chief Justice Marshall should be evaluated by present-day standards and values, according to the report. They also argued that changing the name would mean “facing [Marshall’s] history as a slave owner” and that they “must consider the unique impact of the Law School name on people of color.” They added that the Justice had no connection with the law school.

Those who opposed the name change, such as Steven Lazarus, a professor at the law school, argued that Marshall should be evaluated by the standards and values of his own time, according to the report. They also argued that stakeholders associate the school’s name with its identity and that the name change would have no substantive impact.

The Fix emailed Lazarus to ask for general comments. Lazarus responded by referring The Fix to the dean.

Historian and National Review editor Richard Brookhiser took issue with the proposed name change in an email to The Fix for the January 2022 article. Brookhiser is the author of “John Marshall, the Man Who Made the Supreme Court.”

“Marshall wrote (in Fletcher v. Peck) that the past cannot be altered by the most absolute power,” Brookhiser stated. “Taking his name off Cleveland-Marshall College of Law will not punish or benefit the dead, though it may diminish our incentive to understand them, and their effects on us.”

John Marshall served as chief justice of the U.S. Supreme Court for 34 years, “still a record,” and he “ruled on myriad subjects of ongoing relevance–contracts, commerce, treason, how to interpret the Constitution itself,” Brookhiser wrote.

The Fix emailed President Laura Bloomberg at CSU College of Law for general comment. A press representative referred The Fix to the news release but did not respond further. 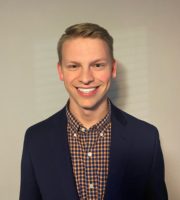