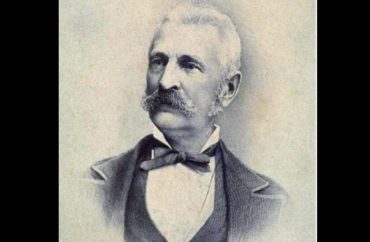 Total amount could be nearly $3 million

University of California officials should return a donation from the Hastings family, with interest, if they do not want to be affiliated with Serranus Clinton Hastings, a recent lawsuit argued.

The state lawsuit filed by descendants of Hastings and alumni of the recently renamed University of California Hastings College of the Law sued the state and university administrators after Governor Gavin Newsom signed legislation on September 23 to rename the law school.

The new change will cost millions to implement and also removed the hereditary board seat for the law school that belonged to the Hastings’ family, as part of the initial $100,000, paid in gold coins in 1878, given by its ancestor to fund it.

If a judge does not stop the renaming of the college and removal of the hereditary seat, then Hastings’ descendants should be paid “not less than the present value of the $100,000 worth of gold coin paid by S.C. Hastings to the State in 1878.”

Hastings, after all, did not do anything wrong and his cancelation is the result of a factually flawed opinion piece and junk history, the lawsuit alleged.

“Beginning in 2017, critics claimed in a couple of poorly sourced opinion pieces that S.C. Hastings fomented and financed raids by State-run militia on Native Americans in the late 1850’s and early 1860’s and that the College should therefore consider changing its name,” the lawsuit stated. “Although there is no known evidence that S.C. Hastings desired, requested, or knowingly encouraged any atrocities against Native Americans, the accusations against S.C. Hastings soon snowballed.”

But if the university does not want to be associated with Hastings, a former chief justice and attorney general, then his family’s money must be no good as well and should be returned.

After all, if he legitimately made the money by doing terrible deeds, then his donation could further perpetuate harm on the leftists and apparently aggrieved Native Americans who must sit in classrooms built with blood money.

The family is right to sue for the money’s return – and some wise college official elsewhere should offer to name a building or school after Hastings for a portion of that $3 million.