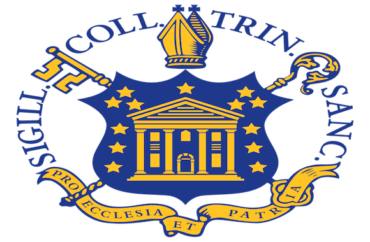 A professor who openly advocated that emergency first responders should “let [white people] die” has been cleared of any wrongdoing by the college that employs him.

Professor Johnny Williams’s online conduct—some of which was anti-white up to and including an implicit demand that medical officials “let [whites] fucking die”–was “protected by academic freedom and did not violate Trinity College policies,” according to a statement released by Trinity College president Joanne Berger-Sweeney.

Berger-Sweeney notes that Williams “will be on leave through the fall semester,” an absence that will “provide some time and distance from this recent controversy.” Berger-Sweeney also claims that Williams will “continue his scholarship on race, racism and academic freedom.”

“While I support Professor Williams’s right to express his opinions,” Berger-Sweeney added, “as I have previously stated, I do not condone the hashtag he chose to use. This was interpreted by some to be a call to let people die, though Professor Williams stated publicly that was not his intent.”

Some have said that Professor Williams caused the harm that has been inflicted upon him, his family, and our College — that he should have known better. But while Professor Williams may have meant for his words to be provocative, much of the most intense public reaction to his social media posts was fueled by misleading and incorrect reports about what he actually said. In particular, the initial report by Campus Reform led to distortions and an ensuing harassment that has become troublingly common for people of color and those who speak out on issues of race and racism. Such harassment, intended to intimidate, is appalling and, indeed, a threat to freedom of expression and to robust debate aimed at discovering truth and knowledge. These attacks against free speech have happened at numerous other colleges and universities. In a country more deeply divided than ever, especially on issues of race, we must be able to speak openly without fear of intimidation or violence.

How do we move beyond this controversy? How do we heal as a community and support one another? Since arriving at Trinity three years ago, I have worked to create spaces for open, respectful dialogues across deep differences. Once again, I will ask all members of the Trinity College community — faculty, students, staff, alumni, parents, and friends — for their help in continuing this work. Let us use this painful incident to enter into discussions about the destructive forces of racism and hate, as well as our responsibilities to one another, as a community of learners. Beginning in late summer, we will initiate programming both on and off campus that fosters civil discourse and cements Trinity as a community of learning that values differences and promotes understanding. The best place to encourage lifelong learning and engagement across deep divides is right here at Trinity College.

Williams, the statement claims, will return to a teaching position in January of next year.