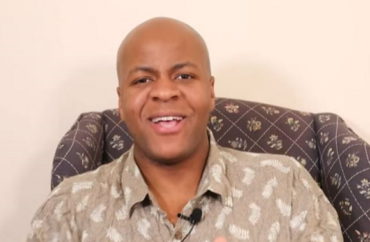 But Watson told Biden he can keep his “handout” in a now-viral video that has now amassed nearly 2 million views on Twitter since it was posted Aug. 24.

Watson, who studied philosophy as an undergrad at Mercer University, called the bailout a “complete and utter violation of principles that this nation was built upon.”

“Duty is a very important aspect to society,” Watson said. “Without duty, society doesn’t actually exist. Society is built upon a sense of duty amongst all of its members to respect the property, the integrity, the character of each other.”

Yet Biden “advocated the biggest abandonment of duty that … this nation has seen since the beginning of the 21st century,” he said.

It's out. I discuss why I, a 22-year-old student loan debt holder, wants nothing to do with Biden's student loan debt forgivenes handle. Preview below. Full video here:https://t.co/Nbh4F6KLpJ pic.twitter.com/Xz4fq69tW1

The viral clip is a two-minute snip from a more extended monologue titled “Why I Don’t Want Biden’s 20k Student Loan Bailout” in which Watson equates Biden’s plan to a “form of slavery.”

“To utterly omit personal duty and presume that an unwilling participant must carry that burden is a form of enslavement,” Watson stated in the longer video.

Watson is a political commentator, national spokesperson for Color Us United, and host of the “Pensive Politics” podcast, his online bio states.

In an online video interview with The College Fix, Watson said that “when the government dismisses duty, it can create policies that go against its duty, and those policies can be normalized.”

“And if that’s normalized, then we could have a very different kind of government, a more powerful and stronger government, which means less liberty, less freedom, less adherence to first principles,” he said.

In his lengthier video, Watson called duty “the very basis of the American experiment” but added, “Joe Biden just whisked away that American duty with the swipe of a pen.”

Watson told The Fix there may be concerning long-term implications to the bailout.

“If this program sets a precedent, which I definitely think that it will, there’s going to be a few effects. There will be other federal programs or government programs that also have no regard for obligation and duty. This is dangerous,” Watson said. “The federal government derives its just powers, from duty, from the consent of the government, so they have a duty to abide by the consent of the governed and protect people’s rights.”

Biden’s loan forgiveness plan is estimated to cost individual American taxpayers $2,500 each, accumulating to a total cost of $400 billion.

However, “the issue of Joe Biden’s legislation is not one concerning monetary issues; rather it is an issue of morality,” Watson said in his viral monologue “The moral cost of this plan is much bigger than any monetary blemish that this administration can inflict upon this nation.”

Watson said he is also concerned that he will be forced to take the handout and will not be given the choice to opt-out and pay off the debt he willingly agreed to pay back.

“The Department of Education already has all of my information… they could just deduct the loan payment, but I really don’t want to take this; I really don’t,” he told The College Fix.

“Choice is being placed by the wayside. The consent of the governed is the organizing principle of our republic, and the first part of that consent is being challenged,” Watson told The Fix. “In a culture where individuals can’t consent to certain things — that’s a culture that will eventually adopt the tyrannical government.”

Watson said he “sympathizes with those who want to accept the federal handout” and would be more willing to “reduce or eliminate interest payments on student loan debts.”

However, “all Americans who willingly took out loans have a duty to repay what they owe,” Watson said in the interview.