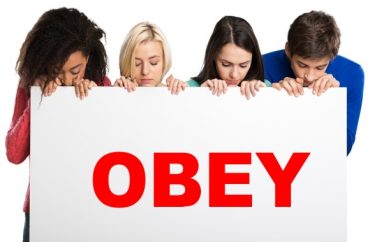 A college president and a school superintendent recently sent out messages to their respective constituents regarding the U.S. Capitol riot, warning them about systemic racism and not to make comparisons to last summer’s Black Lives Matter protests.

Paul Smith’s College President Jon Strauss said to his “fellow Smitties” that the 2020 Black Lives Matter demonstrations were “largely peaceful protest[s] of the 400 years of subjugation experienced by a large segment of our population.”

Strauss also emphasized that past attacks on the U.S. Capitol were committed by foreign adversaries, but last Wednesday’s  violence was perpetrated by American citizens.

What transpired last week in Washington was markedly different. The storming of our Capitol while Congress was in session performing its Constitutional duty was a mob attacking the very democracy they claimed to be protecting. It is worth noting that a significant fraction of those involved carried flags that bore not the symbol of our country, but the name of one man. Those individuals chose violence and intimidation to express their frustrations, not the open and reasoned debate that lies at the heart of our democracy and our institutions of higher learning.

Over in Minnesota, Superintendent Mary Kreger of the Rosemount-Apple Valley-Eagan Public Schools told her teachers and staff that the Washington, DC protests were all about “systemic racism” and “white supremacy.”

“We are progressing through a pandemic, renewing our commitment to equity after George Floyd’s killing, and now we are processing the threat to our democracy that occurred yesterday in our nation’s capital,” Kreger wrote in an email. “We witnessed white supremacy in action. This is not about politics. It is about systemic racism. It is about an affront to our democracy. As educators, we hold our democratic process sacred, close in our hearts and in our minds.”

Kreger added the protests were “even more personal and hurtful for people of color,” and that district social studies teachers and “history buffs” could assist district personnel in “get[ting] the facts straight.”

The College Fix reached out to Kreger for comment but did not receive a response.

MORE: Harvard Law all in on discrediting any dissension about the 2020 election