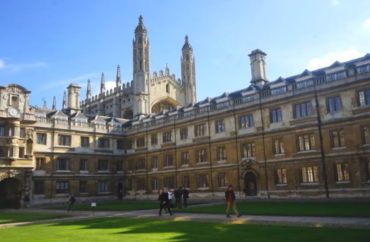 ‘Connotations which do not reflect the values of the college’

Clare College, a constituent institution of the University of Cambridge in England, recently renamed a campus dorm formerly known as “The Colony” because the term “colony” has a loose connection to slavery.

The decision aimed to permanently sever all ties with England’s former colonies and its history with slavery, according to campus officials.

The area of dorms had been called “The Colony” for decades, and it’s “where many second-year students live,” according to the school’s website.

But school leaders recently decided the title has “connotations which do not reflect the values of the college” and it had become “increasingly clear that the informal name for the site” was not appropriate, a spokesman told BBC, adding it’s been renamed “Castle Court.”

An undergraduate student representative at Clare College told BBC students on campus supported and even helped prompt the change: “The undergrads welcome this change that we worked with college towards.”

Clare College deans did not respond to requests from The College Fix seeking comment.

Clare College is not the first university in England to undergo similar cleansings. For example, last year Queen Elizabeth’s portrait was removed from Oxford University due to “colonialism” concerns.

Likewise, in the United States, colleges have canceled and censored numerous student groups, professors and various items such as mascots, statues and building names. Over the last decade, there have been at least 1,500-plus examples of so-called campus cancel culture incidents documented at America’s colleges and universities.